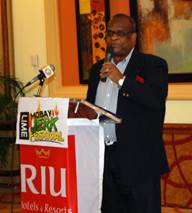 For the first time in its history, the Festival will actively pay tribute to Jamaica’s Indigenous Taino and Maroon Cultures. Colonel Charles Lumsden of the Charles Town Maroons will preside over a traditional Maroon ceremonial blessing. He will be joined by newly installed paramount Chieftess, Gaamand Gloria Simms to offer libations. Valerie Dixon, Lady President of UNIA-ACL will bring greetings on behalf of the UNIA-ACL and will also be the narrator of the Maroon jerk demonstration later in the programme. The Colonel will sound the Abeng to signal the start of the Festival, which will be held at Catherine Hall Entertainment Centre on Emancipation Day, August 1, 2014. The official ceremonial opening begins at 12:00 p.m.  Gates open from 10:00 a.m. until 12 midnight.

The Festival will help interpret the rich gastronomic tradition of our motto “Out of Many One People”. Our first national hero the Rt. Excellent Marcus Mosiah Garvey was a Maroon and so it is very relevant that we should honour him on Emancipation Day. In this centennial year of the birth of Marcus Mosiah Garvey, the UNIA-ACL and the Lady President Valerie Dixon has found it fitting to include the LIME Montego Bay Jerk Festival in the centennial year celebration of 2014-2015.

In his keynote address, charismatic and exuberant, Lloyd B. Smith, M.P. for Central St. James and Deputy Speaker for the House of Representatives, lauded the producers for their “tenacity and perseverance in producing a family-based calendar event of substance in Montego Bay”. He urged the sponsors to come back next year in a show of support for “true black entrepreneurism”. He said, “We here in Montego Bay are known to be pioneers…We need to give John & Kamilah all the support we can get.”

Mr. Smith’s presence created an ambiance of celebration.  In addition, he said the connection of the Maroons and Marcus Mosiah Garvey is the greatest example to follow for economic independence. He linked the Emancipation holiday to Rt. Excellent Marcus Mosiah Garvey, an enterprising hero, who sought to empower his people as a fitting tribute for the Festival.

With their branding prominent at the launch, Mr. Stephen Miller, Sponsorship & Events Manager, pledged to the first 7,000 patrons, Free LIME $100 phone credit. He offered special rates on purchasing smart phones and other LIME products at the Festival. He was joined by Court’s, manager Glendon Lowe, who promised tons of giveaways, Free Ice Cream, Cooking demos and much more. Additional Sponsors making presentations at the launch include, Jamaica Tourist Board, Magna and Pepsi.

Reporter extraordinaire, Janet Silvera, Senior Journalist for the Caribbean’s historic Gleaner Newspaper and the coordinator for Hospitality Jamaica, received an award for “Excellence in Journalism through the medium of Hospitality Jamaica, a Gleaner publication on its 10 year anniversary, leading the way for Sustainable Tourism Development in Jamaica and the Wider Caribbean.”

In alignment with its strategic vision of philanthropy, the producers of the Festival donated to charity, a portion of its revenue earned to the less fortunate in society. Four (4) Bursaries were presented to deserving GSAT students made possible by the generous sponsorship of JPS. The following students received awards: Roanna-Lee Maitland (Albion Primary), Angel Gordon (Granville All Age), Kevin Watson (Flankers Primary) and Zuwena Trought (Green Pond Primary). The fifth student was absent.

The festival is designed around day and evening activities. The day segment will include a Free Kiddie’s Village that is open the entire day; Maroon demonstration, and Everything Jerk, including Fish, Pork, Chicken, and Lobster & more. Patrons will also be entertained by a Celebrity Chef Cook-Off which includes some of Montego Bay’s finest: Paula Kerr-Jarrett (Attorney-at-Law), Edmund Bartlett (Co-Founder, Caribbean Tourism Investment Company Limited), Robert Russell, (Chairman, Pier One) and Sharon Fflokes- Abrahams. The Cook-Off menu will include Chicken Breast, Tofu or Gluten & Veggies. The night segment will feature artistes such as Jabez, Joan Flemmings, Grandpa Entatain, Miguel Antonio, Ryme Minista, Ity and Fancy Cat, Kalado, Romaine Virgo and Popcaan. Tickets are available pre-sold at Fontana Pharmacy and El Paso Records.

Clico impasse may be far from over 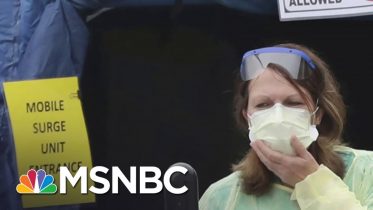 Rep. Eric Swalwell On The Trove Of New Impeachment Evidence | All In | MSNBC