“The struggle to save our  country continues”

My fellow Citizens and Residents of Antigua and Barbuda.

As you are aware from the numerous announcements on some of the media last night, I was summoned by the Police in relation to certain statements I made at a political meeting on 27th October.

These statements were deliberately and maliciously misconstrued by those who wish to silence dissent, suffocate opposition and deny political and civil rights in our beloved country.

I want you to know that, following discussions with the Police, I have sent the following letter to the Commissioner of Police Mr Vere Brown QPM.  It reads as follows:

I deeply regret that you found it necessary to summon me to a meeting to request an explanation for a statement that I made on the night of October 27, 2010 at an ALP rally.

My language is being misconstrued in certain circles as inciting civil unrest and an attack on the Police Force which was never my intention.  I have never advocated violence and never will, and I did not intend by my words to incite any form of unlawful conduct.  My record as a Member of Parliament since 1971; a former Prime Minister; present Leader of Her Majesty’s Loyal Opposition; and as a servant of the people, will stand the test of scrutiny and confirms my strong respect for the Police Force and its Leadership.

In renewing my own commitment and the commitment of the ALP to law and order and support for the Police Force which we have always championed, I express the profound expectation that the Force will resist any form of political interference from any source – government, political parties or else in the conduct of its impartial task in upholding human rights and the rule of law.

I hope that this most extraordinary request to me for an explanation of statements at a political meeting will be applied across the board without political fear or favour.  The ALP has fought for local leadership of our Police Force.  We did so because we feel strongly that our Force should be managed by our own fearlessly, impartially and in accordance with all of our laws and the Constitution”.

That is the end of the letter.

You will note the continued commitment of the Labour Party to the rule of law and support for the Police Force.

You will also note my call for impartiality and resistance from political interference from any and all sources.

The Police are there for the benefit of all the people; they are not there to be used as gladiators to prop up any regime.

Turning now to other matters, I believe it is wholly appropriate that I should speak to you about the decision of the Eastern Caribbean Court of Appeal in respect of Justice Louise Blenman’s judgement in relation to three constituencies whose results were questioned by the Labour Party and the vast majority of the people of this country.

We remain convinced that had by-elections been upheld, the people of this country would have been delighted to see the back of this UPP regime which continues to mismanage our economy, divide our nation, and impoverish our people.

However, the Labour Party is the architect of democracy and the rule of law in this country on behalf of the people.

We pledged before the decision was handed down that we would abide by it and we will.

But, that does not mean we are satisfied with it or that we do not recognize its fatal flaws, which border on political decision-making.

Indeed, were we able to appeal this decision to a higher court, we would have done so.

Let me first deal with the process of this case.

It was a constitutional matter.

In every jurisdiction in the world, constitutional matters take precedence over everything else, especially if it concerns the legitimacy of a government.

The Court of Appeal set this matter for a hearing in Antigua in June, and instead of hearing it first with all the urgency that it demanded, it was heard last.

Then, having said that a judgement would be delivered swiftly as the gravity of the case required, the Court of Appeal delayed delivery of the judgement for four months.

There is something intrinsically faulty when a judgement that has a bearing on a nation’s business is so long delayed.   It does not imbue in citizens the confidence that they should repose in their judicial system.

I note the observation, attributed to the Court, that this is not “Judge Judy” – a reference to an American Television programme.

But, while that observation is true and no one expected instant judgements, we certainly all had a right to expect an urgent and timely decision.

It is striking that in the matter of the pensions of judges, a panel of judges was imported from abroad and they gave their considered judgement in 48 hours.

What accounts for their ability to render a judgement in a serious matter in 48 hours and, our Court’s capacity to deliver a decision on a Constitutional matter only after 4 months have elapsed?

This is clearly a matter that needs to be taken up with Judicial Services Commission.

I would hope that Bar Association in Antigua and Barbuda, and in other Eastern Caribbean countries will seek to have this matter reviewed for it strikes at the heart of justice in all our societies.

I have already said that the judgement is an emasculation of a careful and well argued decision by Justice Blenman.

It is clear from all that has transpired in this matter, including a report that the judgement was leaked in advance to the UPP administration based on the boastful statement of Baldwin Spencer the night before, that fundamental reform is necessary to restore confidence and trust in the judicial system.

I am aware that there will be those who will cast this statement by me in the category of “sore loser”.  But, while it is true that, like the vast majority of people in this country, I am deeply disappointed in the unsound judgement, my party and I will abide by it.   But that does not mean that in the interest of rights, we should not question it.

Finally, let me repeat the observation of the Chairman of the Labour Party, Gaston Browne, the Labour Party still has 7 seats in Parliament.  And, both we and the people of Antigua and Barbuda know that if an election were held today, the UPP would be voted out of office.

They have had a reprieve.  But it is not a license to do as they like.

And, before I conclude, let me draw attention to the fact that the UPP regime and its Governor-General continue to stifle and withhold the report of the Tribunal that investigated the charges laid by Baldwin Spencer against the Chairman and members of the Electoral Commission.

It is now two weeks since both the Governor-General and the UPP regimes have had the report.  There is no reason not to release it so that we all know what it says.

Continuing to stifle its contents is a flagrant violation of democracy and rights in our society.

We demand that the report be released immediately.

Let me finally than you the people of this country and especially the members, supporters and friends of the Labour Party.

In the face of intense provocation and even as you witness every day the dictatorship of the UPP, you have behaved with remarkable restraint and discipline.  You have done absolutely nothing to harm our country.

I thank you all for your  self –control, and I assure you that while a battle has been taken from us, we have not yielded and we will yet redeem our country from the disastrous hands of the UPP.

Thank you for listening.

Be the first to comment on "Media Statement from the Hon. Lester Bird" 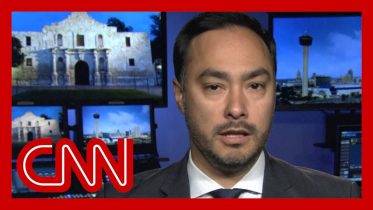 Rep. Castro: Trump on the verge of bringing harm to whistleblower

Rep. Joaquin Castro (D-TX) tells CNN's Jake Tapper that President Trump has been "very abusive" of the Whistleblower Protection Act and that his rhetoric…