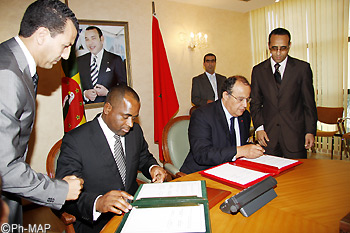 Rabat – Morocco and the Commonwealth of Dominica signed, on Thursday in Rabat, two agreements on the establishment of political consultation and economic technical, scientific and cultural cooperation.

Signed by visiting Prime Minister of the Commonwealth of Dominica Roosevelt Skerrit and Morocco’s Foreign Minister Taib Fassi Fihri, the agreements are meant to strengthen political ties as well as economic, technical, scientific and cultural cooperation. A Joint Commission was created to facilitate the implementation of the agreements.

The two officials voiced commitment to strengthen economic partnership mainly through promoting investment and exchanging visits to explore the business opportunities offered by both countries, said a joint statement signed at the end of a meeting between Fassi Fihri and Skerrit.

They also discussed ways to promote cooperation between African countries and the Caribbean and pledged to maintain and strengthen the permanent constructive dialogue between Morocco and member countries of the Caribbean Community and Common Market (CARICOM).

The two officials stressed the importance of the process of international climate negotiations under the auspices of the United Nations Framework Convention on Climate Change (UNFCC).

Skerrit also hailed Morocco’s bid to secure a non-permanent seat on the UN Security Council in 2012-2013. 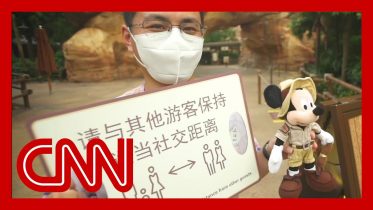 TREND LINE: A federal election could be coming soon — here’s the state of the opposition parties

What Legal Protections Do Whistleblowers Have? | Velshi & Ruhle | MSNBC