I have read Gabriel‘s epistle. It is yet another emotion attack devoid completely of fact or any objective evidential basis. It was always my understanding that corruption had to be established by fact and evidence, not emotion or fiction.

Bear this too in mind, there has been not a shred of evidence to even remotely suggest the corrupt and illegal diversion of public funds or assets into any account owned or controlled by Roosevelt Skerrit or into his ownership or control, whether beneficial or otherwise.


The documentary evidence establishes that senior accounting public officers were on top on this transaction in relation to (i) the delay in shipment, (ii) the freight charges, (iii) the shortages and in later times the refund. Well over 120,000.00 USD was refunded on the 4th September 2009.

You will recall that Gabriel and Linton accused the Prime Minister of fraudulently avoiding the legal requirements of tenders and threatened to report him to the USA authorities. It turns out there is no legal requirement for tenders for external contracts. I accept that the contract ought not to have been executed in the manner it was. But the suggestion of “illegal and fraudulent activities” is show boating and dishonest.

The Minister of Agriculture and Permanent Secretary are on record stating that the Government got what they contracted and requested. There is not a shred of evidence to suggest ANY involvement on the part of Roosevelt Skerrit.  Therefore,  the suggestion of “illegal and fraudulent activities” on his part is pure utter nonsense.


What about the land transactions was questionable? Marina Shillingford, of Blessed memory, is on record stating she gave the land to Roosevelt Skerrit and we have documentary records establishing the price paid to Leopold Emmanuel, also of Blessed Memory. The sole issue we accepted was the inadequate duties paid, which was NOT the initial issue raised by the Times. The Attorney who represented the Skerrit applied for AN ORDER of the COURT to obtain the Title in order for the correct amount of duties to be paid. For the life of me, I do not know how an admitted error on the part of that Attorney can amount to “illegal and fraudulent activities” on the part of Skerrit. Another ridiculous and arbitrary allegation.


What on God’s earth does ” by all accounts” mean?  By whose accounts? The gossipmongers of the DFP and UWP?  Are we to know judge a Prime Minister by the mythical and arbitrary standard of ” by all accounts”???


In his now dishonest style, Gabriel does not tell you that (i) Roosevelt Skerrit responded vigorously to the threat of black mail made by David Hsiu in June 2008, who retracted the threat, and that in July 2009, 13 months after, Skerrit gave evidence before an English Judge and was found to be a witness of truth despite this threat of blackmail. See attached

It is extraordinary how Pan Africanists, when convenient, use allegations provided by persons they themselves considered enemies of the State, and adopt them as gospel without consideration of all of the facts or any benefit of the doubt to Roosevelt Skerrit.

The Emails and Villas


Gabriel‘s suggestion that  the hacked and doctored, and cut and pasted, emails ” show conclusively” that Skerrit owns villas in Savanne Paille” in simply nonsense. If at all they raised any questions, we know for a fact, supported by two reports of IT experts, that the emails were tampered with and fraudulently seek to paint a picture of corruption. But even as tampered as they are, the suggestion that the hacked and doctored emails “show ” anything ” conclusively” is mere theatrics and arrogant grand standing. They do no such thing.


More importantly, Skerrit has flatly denied ownership. Clearly, Gabriel has abandoned his forensic training in search of blood and facts and evidence mean not a damn thing. But I understand why. Least we forget he has been a beneficial of the Cabinet’s discretion.  He has obtained concessions for at least two projects. But his grand desire was exclusive rights of all geothermal and renewable energy   in Dominica! See attached.

In view of Gabriel‘s “dedication” to the DLP struggles, how dare these little fellas in the DLP, and more so de little fella from Vieille Case,  grant any licence to West Indies Power Company and pass him by??? It was then, and then only, did, as Shakespeare put it, hell hatheth no fury that that of a “comrade” scorned! Add to this scorn, the flat refusal of Skerrit to issue DIPLOMATIC passports to person recommended by Gabriel!

It is this bent corruption of the mind, my friends, which causes  more to harm this country than any perceived or fabricated allegation.

Be the first to comment on "My Answer to Gabriel Christian" 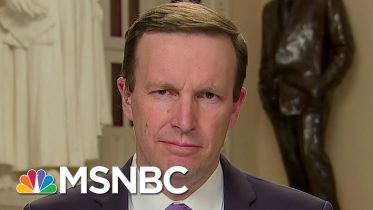 Murphy: If GOP Senators Whitewash The Truth, ‘There Will Be Hell To Pay’ | The 11th Hour | MSNBC

Connecticut Democratic Sen. Chris Murphy implores his Republican colleagues to carefully consider the evidence against the president in the Senate impeachment trial. Aired on…

“Nothing better than home”: Some Canadians return home after quarantine