Nick Burns, former U.S. Ambassador to NATO and Peter Baker join Andrea Mitchell to discuss the national security threats that accompany the stalled transition and the New York Times' new reporting on President Trump seeking military action against Iran's main nuclear site. "If we launched a military attack on any target in Iran, what we know about the Iranians is they do hit back," Amb. Burns says. "They could try to kidnap or kill American citizens anywhere in the world. They’ve done that in the past.” Aired on 11/17/2020.
» Subscribe to MSNBC:

Sen. Chris Coons: ‘It Did Not Have To Be This Bad’ | Stephanie Ruhle | MSNBC 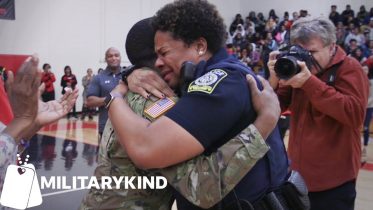 Entire school is in on homecoming surprise for Army mom | Militarykind

An entire high school got together to play a trick on their school resource officer. This pep rally was organized for her, but not…

Will the pandemic scrap this high school football season? | Playing For a Way Out