During a campaign speech in Philadelphia, Pa., former President Obama slammed President Trump for the New York Times’ reporting that he had a secret Chinese bank account. Obama joked that if he himself had been in such a controversy, Fox News would have called him “Beijing Barry.” AIred on 10/21/2020.
» Subscribe to MSNBC:

Federal Guidelines To ‘Slow The Spread’ Of Coronavirus Are Expiring. What Comes Next? | MSNBC 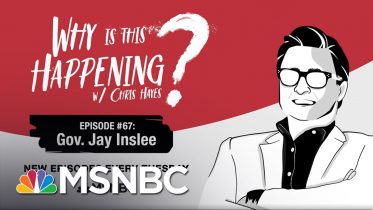 Chris Hayes Podcast With Gov. Jay Inslee | Why Is This Happening? – Ep 67 | MSNBC

Gov. Jay Inslee is running a presidential campaign unlike any other. The Washington governor is basing his run on the fundamental organizing premise that…