Mr. Bourque, 24, wanted in connection with the shooting deaths of three RCMP officers, was taken into custody shortly after midnight.

A Twitter message from New Brunswick RCMP finally brought some relief to the residents of this city, many of whom had been living in fear since the shootings took place Wednesday evening.

“Justin Bourque arrested by RCMP at 12:10 in Moncton He is in police custody. Residents of north Moncton can now leave their homes,” the message said.

Police caught up with Mr. Bourque along Mecca Dr., roughly a kilometre from the trailer park where he lived and 800 meters from the tidy suburban streets where his rampage began.

An officer radioed “14alpha12, he’s here on Mecca” shortly after the arrest, according to archived scanner audio at broadcastify.com.

Mecca Drive is an area of two-storey middle class homes where Mr. Bourque would have had a clear sight of residents as well as traffic on nearby Wheeler Blvd.

A Moncton resident named Michelle Thibodeau tweeted that she witnessed the arrest.

“He was in my backyard. I saw him arrested in front of my eyes. He is alive,” Ms.Thibodeau tweeted.

“The swat team arrived at my house and unloaded and started screaming in my backyard for him to surrender and he did. I watched it happen.

“They had him sprawled on my front lawn for some time and then loaded him into the swat vehicle. They are now checking my yard for firearms.”

At least six officers remained on the scene around 3 a.m. One woman out for a walk in the driving rain shortly after the arrest said she heard police yelling at the suspect before hearing him yelling “I’m done” just after midnight.

According to police, the suspect was spotted three times on Thursday but could not be apprehended. By afternoon, police snipers moved into position and officers surrounded a rooming house in Moncton. But after clearing the building, they left empty-handed. As night fell, the RCMP asked residents to stay locked in their homes and keep their porch lights on.

“This is working through your worst nightmare,” RCMP Assistant Commissioner Roger Brown, the force’s commanding officer in New Brunswick, said Thursday as the search was still underway. “This is a very, very dangerous situation.”

Military-style armored vehicles patrolled the roads while helicopters whirred overhead. Tensions were high as police were grieving the loss of three colleagues, the worst mass shooting of police officers in Canada since the 2005 slaying of four officers at Mayerthorpe, Alta.

The officers in Moncton were gunned down in an ambush, police sources told The Globe and Mail.

One of the slain Mounties was Constable Dave Ross of the Codiac RCMP, according to several media reports. Constable Ross, a police dog handler, was married with a young son and another child on the way. His sister-in-law told The National Post that his widow came home to find the barbecue still running and Constable Ross gone, as he had been called to work urgently, likely after the first reports of a gunman at large. The RCMP did not immediately confirm the report and did not name the rest of the victims.

Two RCMP officers were also wounded during the gunfire. One was released from hospital on Thursday.

Mr. Bourque, who had no previous brushes with the law, was wearing military camouflage and carrying two high-powered rifles along with other weapons in a photo taken on Wednesday that police circulated. Witnesses who saw him shortly before the shooting described him as having a cold, blank look on his face. They said he carried an assault rifle, a shotgun and a crossbow, as well as several knives and ammunition belts. They also described him as a marksman who spent many hours at the gun range. It is not known whether his guns were bought legally.

As an eerie quiet settled over the city of 70,000, schools, government offices and public transit closed for the day. Police staffed roadblocks and checked cars for any sign of the suspect.

Residents of a large portion in the northwest part of Moncton, which includes a heavily wooded area, were ordered to stay inside and to lock their doors. Police appealed to citizens to report any sightings of Mr. Bourque or leads that may help identify his whereabouts.

Tam: Nearly 50 per cent of COVID-19 deaths are linked to long-term care homes

Rev. Al Sharpton eulogizes George Floyd, calls for police reform: ‘Get your knee off our necks’ 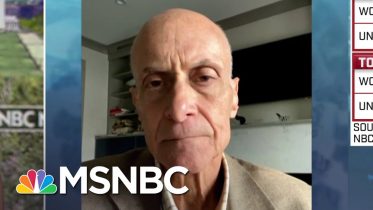 Michael Chertoff, who served as Homeland Secretary under George W. Bush, joins Andrea Mitchell to explain how the Trump administration can use the emergency…