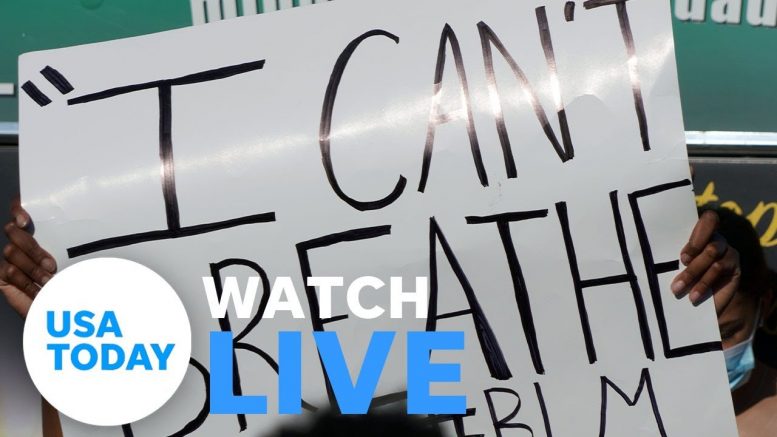 As cities where protests have erupted try to quell the demonstrations, several governors and mayors across the country have imposed or extended curfews Sunday in anticipation of another night of unrest.

More than 20 cities have imposed some type of curfew. Minnesota Gov. Tim Walz announced he would extend curfew for Minneapolis and St. Paul through Monday morning.

‘There is no going back, America’: Stacey Abrams powerful op-ed for Juneteenth | USA TODAY

L.A. Mayor: Police Shouldn’t Be The Solution To Everything | All In | MSNBC

Be the first to comment on "Protesters across U.S. call for justice for George Floyd (LIVE) | USA TODAY"

Priest: Word of God is on the side of the protesters