Brian Wallace, Director, Tourism Enhancement Fund Board and Sponsor, said “The Tourism Enhancement Fund (TEF) believes that the Rastafari RootzFest is special; it is worth the investment. Negril grew out of a sleepy fishing village… look at us now! Our people know more about the Rastafari religion, in fact, my family knew Iyah V from McNeil’s land (in Westmoreland). He was the original Rastaman and is the epitome of Rastafari…There is virtue and value of ganja to Jamaica.”

Rastafari Rootzfest is poised to build on the natural human and cultural capital of the philosophy and sacrament of Jamaica’s indigenous people that has captured the imagination of the world. Firstman (Edward Wray) a co-producer of the event announced that an Indigenous Chief from Canada will be attending the RootzFest, adding to the richness and diversity of the programme.

Ras Iyah V, CEO of RASTAFARI IN INITY and founder of Rastafari RootzFest, gave the festival overview. He said “I become an advocate for de-criminalization of Ganja at an early age.” It is his persistence and commitment to Rastafari ideology, which has led to this moment of historical importance in Jamaica. He urged Jamaica to follow the lead of Colorado in the use of Cannabis oil to treat epilepsy. He complimented the work of Manley West, a Jamaican, in developing Canasol eye drops and Asmasol (asthma relief) for the Jamaican marketplace and called for greater standards in processing Medical Cannabis with the use of cutting edge extraction machines.

Jamaica is unique in the world in its recognition of cannabis sacramental rights by the Rastafari community. Rastafari RootzFest takes the lead in the emerging Health & Wellness industry in Jamaica, evidenced by the inclusion of the following features: Rastafari Village to showcase Rasta cultural lifestyle, Ganja Trade Show & Expo, Jamaica Ganja Cup, Strong focus on Ganja and diverse seminar topics, co-facilitated by the only Cannabis University in the world, Oaksterdam University, World-class Roots Rock Reggae/Nyabinghi entertainment, Ital cuisine and Rasta Reasonings.

FASHION HOUSE IN ANTIGUA AND BARBUDA FOR MAJOR PHOTOSHOOT

Be the first to comment on "Rastafari RootzFest 2016: Jamaica’s Indigenous Cultural Heritage Showcase to the World" 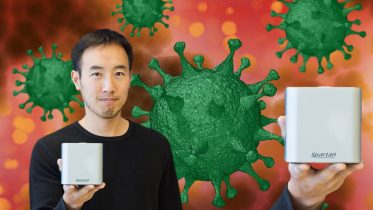 Day 1,082: Chaos And Confusion From The Pentagon As Trump Goes Off On Iran | The 11th Hour | MSNBC