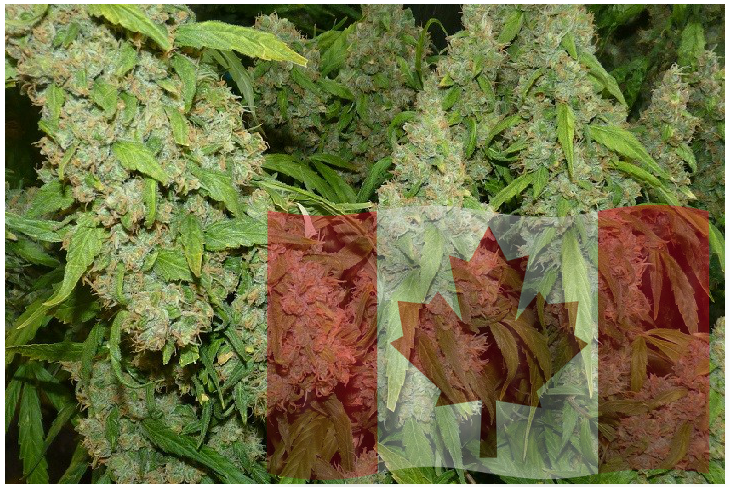 On Wednesday, Oct. 17 the country will mark a historic moment: the end of the criminal prohibition on marijuana.

It also begins the 12-month march to edibles joining the list of permissible pot products — the regulations for which Minister of Border Security and Organized Crime Reduction Bill Blair said are already in the works.

Hours to go before recreational Cannabis is available

With the countdown to legal cannabis now measurable in hours, many retailers, police forces, and the general public are still curious and uncertain about how the rollout will go.

As part of CTV’s Question Period special, focusing on the incoming major societal shift, Blair spoke at length with host Evan Solomon about where things stand, and why he thinks we’re ready.

Though, even the president and CEO of cannabis producing company Canopy Growth Mark Zekulin admit there will be “hiccups for sure.”

On the show, Zekulin said that while he anticipates a surge and likely more demand than supply on day one, it will take time for current users to pivot away from the black market.

Opposition critics also joined us to chime in on how they see the chips falling on Wednesday and in the weeks and months afterward.

“This government is not ready for marijuana legalization. The country’s not ready,” said Conservative MP John Brassard, whose party has remained firmly opposed to the whole idea.

While the New Democrats are in favor of legalized cannabis, even NDP MP Alexandre Boulerice said: “nobody is ready in the country.”

The federal government has been working for the last two-and-a-half years to implement what Blair characterized as a “very significant regulatory change.” But he said that a lot of the responsibilities would fall on the provinces and territories, as well as the police forces within them.

Some police forces have been skeptical about using the new oral fluid testing devices to detect the presence of THC. Ottawa Police Chief Charles Bordeleau has said his officers won’t be using the first approved device, the Dräger DrugTest 5000, amid some reported concerns about its reliability.

Asked about that the uncertainty, Blair was blunt.

“Quite frankly I don’t know what scientist the chief in Ottawa has consulted, but I know who we’ve consulted, and it’s the Canadian Society of Forensic Science’s Drugs and Driving Committee.”

Blair said that it’d be up to each police chief to determine how “he’ll prioritize and deploy his resources,” but cited a past call from Canadian police chiefs for new impairment detection technology.

“Some of them want to wait to see if other, you know, perhaps cheaper and easier-to-use devices come online and I anticipate that they will,” Blair said.

Now trained in Canada are 833 Drug Recognition Experts (DREs); a number criticized as far too low — Blair said there’d been a 60-per-cent increase in the last few years. While he admits more need to be trained, the number of DRE-trained officers is higher than it’s ever been in the country.

Government officials told reporters at a background briefing on Oct. 5 that the plan is to have 1,500 more trained over the next five years. Cannabis is a genus of flowering plants in the family Cannabaceae. The number of species within the genus is disputed. Three species may be recognized: Cannabis sativa, Cannabis indica, and Cannabis ruderalis; C. ruderalis may be included within C. sativa; or all three may be treated as subspecies of a single species, C. sativa. The genus is widely accepted as being indigenous to and originating from Central Asia, with some researchers also including upper South Asia in its origin.

The plant is also known as hemp, although this term is often used to refer only to varieties of Cannabis cultivated for non-drug use. Cannabis has long been used for hemp fibre, for hemp oils, for medicinal purposes, and as a recreational drug. Industrial hemp products are made from cannabis plants selected to produce an abundance of fiber. To satisfy the UN Narcotics Convention, some cannabis strains have been bred to produce minimal levels of tetrahydrocannabinol (THC), the principal psychoactive constituent. Many plants have been selectively bred to produce a maximum of THC (cannabinoids), which is obtained by curing the flowers. Various compounds, including hashish and hash oil, are extracted from the plant.

Be the first to comment on "Soon – Recreational Cannabis Legal In Canada On Wednesday October 17, 2018" 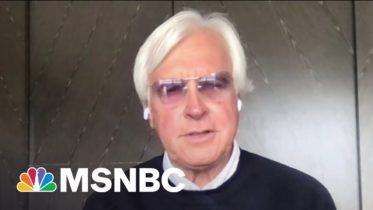 Media Spirit trainer Bob Baffert says it is “disturbing” and an “injustice” that the 2021 Kentucky Derby winner failed a drug test. Baffert said…

As Trump Ignored Warnings, Some Americans Anticipated Pandemic For Years | The Beat With Ari Melber

‘It Didn’t Have To Happen This Way’: Congressman Blames Texas Governor For Coronavirus Surge | MSNBC

Why Amb. Taylor’s UA Testimony May Be Pivotal To Trump’s Future As President | The 11th Hour | MSNBC

See what Dr. Fauci had to say right before receiving vaccine