California Democratic Congresswoman Barbara Lee joins Andrea Mitchell to discuss California surpassing the "grim milestone" of one million coronavirus cases, and speculation surrounding who will fill Kamala Harris' soon to be vacant Senate seat. Rep. Lee says that "it would be an honor to serve" when asked about her name being in the mix and notes that there would be a "void" in perspective without a Black woman in the Senate, though she defers to Governor's Newsom to make the "best decision." Aired on 11/13/2020.
» Subscribe to MSNBC:

‘This Is Trump’s Party:’ Chris Hayes On GOP Showing At Impeachment Vote | All In | MSNBC

28 Comments on "Rep. Lee: One Million Cases In California Is ‘A Grim Milestone’ | Andrea Mitchell | MSNBC" 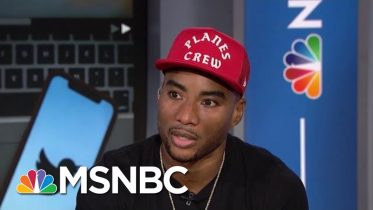 Stephanie Ruhle speaks with radio host Charlamagne tha God about the president’s rhetoric, his racist tweets, and the larger strategy at play for his…

THE BUSINESS OF MEDICAL MARIJUANA IN THE CARIBBEAN

Moderna says its COVID-19 vaccine is 94.5 per cent effective