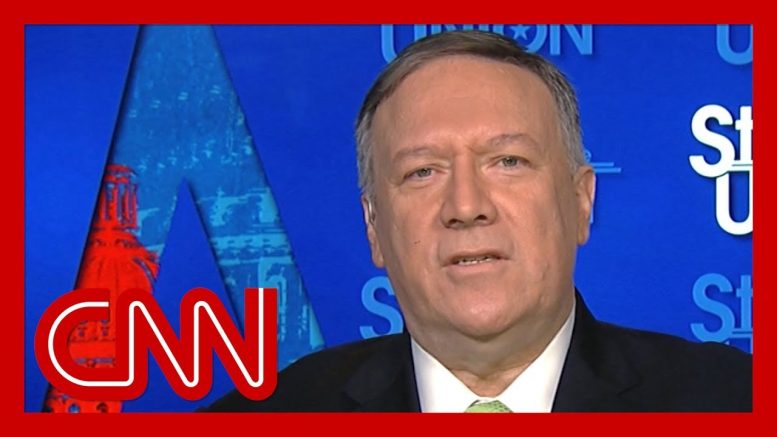 Secretary of State Mike Pompeo tells CNN's Jake Tapper that the Trump administration is still interested in a peace deal with the Taliban, but the President will not let up pressure unless the US sees proof that the Taliban can "behave." #CNN #News

Donte Stallworth: Trump is throwing gas on the fire

Tapper presses Pence: Do you think Democrats want people to get coronavirus?

The truth about the Biden photo Trump tweeted