A little-known American automaker has just snatched the title of world's fastest production car.
SSC North America announced that its Tuatara hypercar reached an average speed of 316.11 miles per hour during two record-breaking dashes outside Las Vegas.
The vehicle, which was tested on a seven-mile stretch of a Nevada highway, also reached the highest speed ever achieved on a public road, at 331.15 miles per hour, according to the company. The official top speed of 316 miles per hour is the result of two runs in opposite directions, to account for wind and road variations.
SSC said that two independent witnesses were on site to verify the world records.
The Tuatara, which has butterfly doors and produces 1,750 horsepower from a turbocharged V-8 engine, is the second vehicle built by SSC to earn the title of world's fastest production car, according to the company. It says the model's aerodynamic design was inspired by fighter jets, taking more than a decade of research and development.
SSC, which bills itself as "America's first hypercar company," was founded in 1998 in Richland, Washington. SSC CEO Jerod Shelby, who is not related to legendary auto designer and racer Carroll Shelby, said the team's performance exceeded his own expectations, and was especially gratifying after "years of setbacks and challenges."

How Patriotism, The Kardashians And A$AP Rocky Took The Impeachment Hearings By Storm | MSNBC 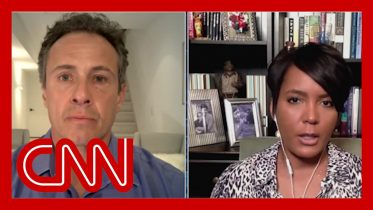 Atlanta mayor: No mayor wants to be at odds with the governor

Atlanta Mayor Keisha Lance Bottoms tells CNN's Chris Cuomo about her frustrations around the state of Georgia starting to re-open during the coronavirus pandemic….

Jamaica to Host Tourism Resilience Summit of the Americas in September

HON. JOHN FABIEN REFLECTS ON THE CONTRIBUTION OF THE LATE PRIME MINSTER AT PIERRE CHARLES MEMORIAL

White House To Justice Dept Officials: You Can Do What Whistleblowers Did At EPA | MTP Daily | MSNBC

Swing state voter: I dislike Trump, but this is drastic