Acting ICE Director Mark Morgan is expected to take over as acting head of Customs and Border Protection, according to a DHS official. CNN's Paul Begala calls "hateful, racist" comments Morgan made back in January to Fox News' Tucker Carlson about children in detention facilities shocking. CNN's Jake Tapper discusses with his panel.

Bob Woodward: We are in one of the most dangerous periods in American history 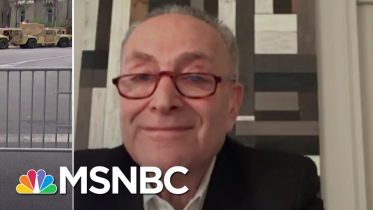 Schumer On Jobs Numbers: This Is Not The Time To Be Complacent Or Joyful | Stephanie Ruhle | MSNBC