Chris Hayes explains how Senate Republicans are wielding government power to punish speech they don’t like. Aired on 04/14/2021.
» Subscribe to MSNBC:

Trump: ‘I don’t know’ if Giuliani is still my attorney

Economist: ‘Every Deficit Is Good For Someone … The Question Is For Whom?’ | The Last Word | MSNBC 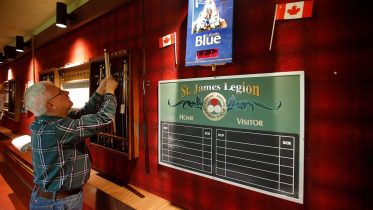 Many Royal Canadian Legions are at risk of closing down after the pandemic exacerbated financial issues. Annie Bergeron-Oliver reports. Read more here: Subscribe to…