Dear Sir: The referendum of November 25th is now behind us. As was evident by the results, Vincentians expressed their dissatisfaction through one of the best ways in a democracy – the casting of a vote. We spoke loud and clear, our message was strong and decisive. The dissatisfaction after all the contempt and insults were bundled into a single mark on Referendum day. It was our defining moment and I am happy that God answered our prayers.

The results meant a lot to me, a young citizen in a country that is still maturing. It meant the waking up of a sleeping lion, a people who at some point lost their voice. We have found our voice and at the most critical time in our history too.

It meant a new era of maturity. An era where politicians are put in their places and demanded to view the people as noble and themselves as servants of the people. It is a period of power –power belongs to the people and we are the ones who determine what should constitute the highest law that governs us. It seems like a university lecture made alive in our lifetime. We are a living reality of a society that chose what social contract it can best survive under.

The results placed a nail in the coffin of the age old idea – the idea that the masses are not smart enough to know the value of their rights and freedoms. It’s an idea that politicians abused, keeping us mentally subdued with violated consciences. Well, no more are we to be insulted. Rights and freedoms are worth more than a few sheets of galvanize, $200 dollars or a Busy Signal show. Our consciences are supreme. Our rights are priceless! So priceless that we would prefer to keep the British Queen if that means keeping our rights and freedoms secured and preventing a homegrown tyrant!

We are on the right side of history – the side that recognizes our rights as God – endowed. Our choice was clear… we chose freedom. History will not speak well of Dr Ralph Gonsalves, Parnel R Campbell, Renwick Rose, Noel Jackson, Jerrol Thompson and the others like them who despised the wishes of Vincentians and insulted us beyond belief. Their political future is bleak…while they have time I urge them to make their path right with the people and go before God in penitence. They have lost our trust…money cannot buy it back.

Thank you St Vincent, for showing that you have come of age. Thank you, on behalf of the next generation. You voted well, we won. Let us show regard and respect for those who did not agree with our rejection of the proposed constitution bill. We are all human beings, let us embrace each other in the bond of true Vincentian brotherhood…let us debate our differences and speak the truth at all times.

Let us disagree with ideas, but love each person’s right to express them. Let’s reject the name callings… we are not backward because we voted yes or no. Each person has the right to follow what convinces him. Let us not make this vote go to waste…it ought to be the beginning of our golden era – the era in which every citizen truly realizes that our country is founded on the belief in the supremacy of God and the freedom and dignity of man…freedoms and rights that are inalienable and are endowed to us by God our Creator. An era where Government is seen to be our servant who must listen to the people. Thank you St Vincent and the Grenadines and May God bless our nation.

Be the first to comment on "Thank You SVG" 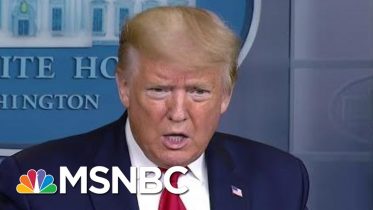 CARES Act stimulus check, how much could you receive | USA TODAY

State Party Hung Up On Campaigns During Conference Call | MSNBC

Day 1,084: Lawmakers Split Over Intel As Trump Backs Away From Fight w/Iran | The 11th Hour | MSNBC