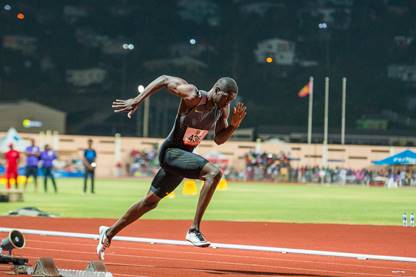 (St. George’s, Grenada) 11th April, 2017— Everyone’s buzzing about Grenada. That’s the feedback the Grenada Tourism Authority  (GTA) has been receiving from our international partners following the hosting of the historic inaugural Grenada Invitational. The live broadcast of the Invitational was estimated to reach 90 million homes worldwide via ESPN2. During that time, viewers were treated to gorgeous visual presentations of Pure Grenada’s stunning scenery, friendly people and abundant activities for visitors through adverts and promotional videos provided by the GTA.

According to CEO of the Grenada Tourism Authority Patricia Maher, “The GTA on behalf of the Ministry of Tourism was delighted to support the hosting of the first Grenada Invitational as we valued the opportunity to showcase Pure Grenada, the Spice of the Caribbean to the world.” She further stated, “Our Marketing Manager Francine Stewart dedicated her time and resource to the Local Organizing Committee over an intensive six-month period and the GTA together with our PR Agency CAMC organised our first international press trip group for the year around the event. By all accounts, Grenada got the global brand visibility we were looking for with worldwide coverage of over 90 million viewers of the event on ESPN. The marketing exposure we received for our tourism destination was priceless”.

The 2017 Grenada Invitational was the first event of the track and field season and it attracted some of the top athletes in the world including Grenada’s Kirani James, Asafa Powell, Veronica Campbell Brown and Justin Gatlin.  It was a historic moment for Grenada as the achievements of the country’s first Olympic medalist were immortalized with the Athletics Stadium being renamed the Kirani James Athletics Stadium. This moment was crowned by James winning the 400m race to the jubilation of the crowd. Some of the other athletes either posted personal best times or broke national records. Apart from competing, they took time to enjoy Grenada’s natural beauty and they are sharing with the world via Facebook, Twitter and Instagram.

As for the five members of the GTA organised press trip from Canada, the USA and the Caribbean, they thoroughly enjoyed their experience and are excited to write about destination Pure Grenada. Their social media accounts are buzzing with every moment of their trip including getting the chance to meet Grenadian Olympian Kirani James. The group includes: US travel writer Sarah Greaves Gabbadon (JetSetSarah), Travel Pulses Brian Major, US Journalist Robert Curley, Canadian Travel Press Ann Christine Ruppenstein and Kimberley Honey who writes for the Toronto Star.