MIAMI –  Forecasters say Tropical Storm Ernesto has formed in the Atlantic and is speeding toward a chain of small, popular vacation islands in the Caribbean Sea.

The National Hurricane Center in Miami said Thursday afternoon that the storm is headed west at about 22 mph toward the Caribbean. Tropical storm warnings are in effect for the islands of Barbados, Dominica, St. Lucia, St. Vincent, Martinique, Guadeloupe and the Grenadines.

The storm’s maximum sustained winds are rapidly gaining strength and were at 50 mph.

Forecasters say the storm is expected to strengthen further. Its general track takes it toward Jamaica. Hurricane center meteorologist David Zelinsky says the storm has the potential to become a hurricane, but it’s too soon to tell. 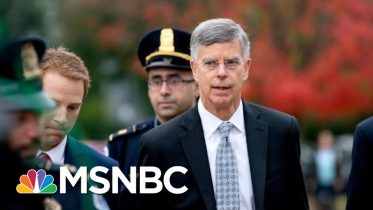 See Trump’s Own Family Call Him A Cheating, Traumatized “Clown” | The Beat With Ari Melber | MSNBC

As Trump Declares Absolute Power, Governors Move On Without Him | Morning Joe | MSNBC

Oscars 2020: Should we care about the Oscars?