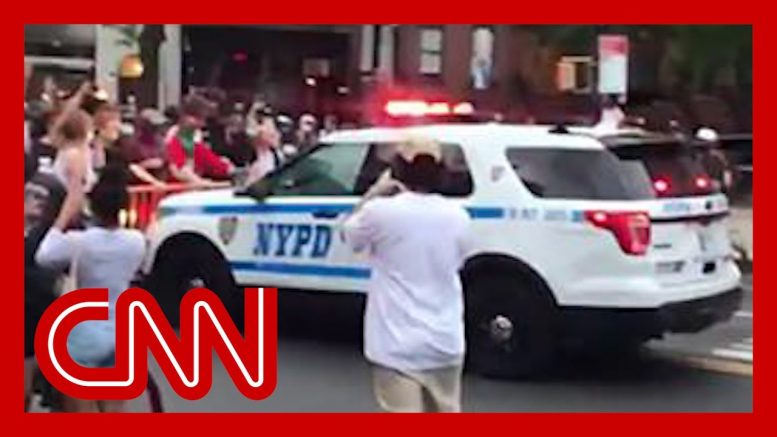 New York police are investigating after a video appears to show a New York City Police Department truck plowing through a crowd during a George Floyd protest in Brooklyn.
The 27-second video, which was posted to Twitter, shows an NYPD truck in front of a crowd throwing objects at the vehicle. There is a barricade in front of the truck. The truck then appears to drive into the barricade, knocking over protestors. Screaming and yelling are then heard while a person is seen jumping on top of the truck. It's unclear if there were any injuries.
CNN has reached out to the NYPD, New York governor and Attorney General's office for comment. Earlier, Gov. Andrew Cuomo said he ordered the state attorney general to independently review the events of Friday's protests that included protesters clashing with police in Brooklyn and other boroughs.

What Biden Can Learn From LBJ | Morning Joe | MSNBC

President-elect Joe Biden introduced Pete Buttigieg as his nominee to serve as his transportation secretary, praising him for having "a vision of a next…

CNN analyst: Trump has put science to the side