Canadian air-carrier WestJet Airlines has confirmed that it will extend its flying schedule into Antigua and Barbuda into the summer months.  This move shows a vote of confidence by Westjet in the destination, by operating its Toronto to Antigua flight all year through to October 26, 2013. WestJet has been a popular low-cost option for those travelling to and from Canada, and has seen consistently heavy flight loads to and from Antigua since the addition of the route in late October 2012.

WestJet currently flies twice weekly – every Wednesday and Sunday, from Toronto’s Pearson International Airport to Antigua, and will continue this frequency until April 28, 2013.

Passengers should be advised that the airline’s summer schedule will begin from May 4, 2013 and terminate on October 26, 2013. For the summer period, WestJet will reduce its flight schedule from two flights per week to once weekly, flying into the destination every Saturday.  However, the airline will utilize its bigger 174 seat Boeing 737-800 series aircraft during the summer months, apart from the month of September, when it will use its smaller Boeing 737-700 136 seat aircraft.

Minister of Tourism and Civil Aviation, Hon. John Maginley, in confirming the new schedule, expressed his satisfaction with the level of confidence that WestJet Airlines has placed in the destination by extending their operating schedule. He expressed that, “Greater accessibility to the destination has proven to be beneficial for Canadian travellers, and the market has responded positively, with WestJet seeing heavy load factors since the inception of the service in October 2012.” He continued, “reduced fare options from Canada during the summer is a welcome strategy that will encourage more visitors during the traditionally slower months, and will be advantageous to all stakeholders, as well as events happening on-island during that time.”

In 2012, there was an 8% growth in the number of Canadian tourists visiting Antigua and Barbuda by air. This number is expected to grow in 2013, as Antigua and Barbuda becomes a more accessible and visible option within that market. CEO of the Antigua & Barbuda Tourism Authority, Colin C. James noted, “Over the years we have seen the airlift out of the Canadian market increase and with this we have seen a direct correlation with growth from the market, which indicates continued interest in the destination from Canadian travellers; we plan to capitalize on this”.  Increased airlift out of Canada has been a Ministry of Tourism, and Tourism Authority strategic initiative, and it has shown signs of success this winter season, with options for travel out of Canada now including: Air Canada – serving Montréal and Toronto; Air Transat – serving Montréal and Toronto; and WestJet serving Toronto.

Local hotel partners in the Westjet Vacations programme also stand to see increased benefits from the extended service during the traditionally slower season.  WestJet’s summer operations will bring an overall additional 4,382 seats to and from Antigua and Toronto, in addition to the already 7,200 seats that WestJet brought during the 2012/2013 winter season. 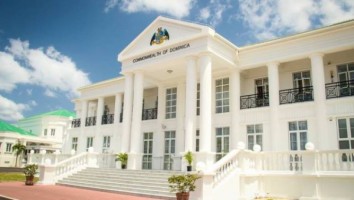 Shaquille O’Neal stops to help driver who crashed in Florida

A LOUDER VOICE FOR THE SERVICES SECTOR IN DOMINICA