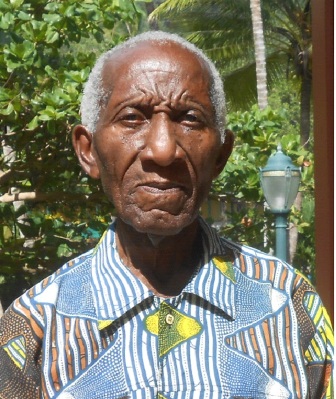 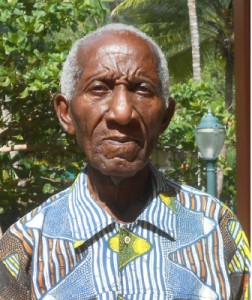 It was twilight time at Dominica’s Botanic Gardens sometime in 1968, and the Baobab, Black Rosewood and Balata trees which embroidered the cricket pitch were quickly receding from easy view.
Over to the west, the Caribbean Sea was sparkling beneath a lavish sunset of yellow and magenta streaks radiating outward. As the natural light dimmed with the encroaching night, my mother – amidst a crowd of town and country folk – hoisted me high to catch a glimpse of a man and woman talking in a box atop a forest green Land Rover jeep.

I was just seven years old, and imagine that! A man talking in box! How amazing was that! But what was “that?” In reverential tones, people repeated one word which spread around the crowd: television.

In a time when there was no television on island, that box with people seeming to move about and talk within its frame, was wizardry at its technological best and most astonishing to a crowd which excitedly broke into a hubbub of voices.

The jeep’s door was emblazoned with the words: Audio – Visual Division – Government of Dominica. Next to the box, working some knobs, to the astonishment of the pressing crowd of hundreds atop the cricket pitch, was a serious looking bespectacled man.

I had seen him before. Whenever there was a fair, a school rally or some major public event, there was that ubiquitous Land Rover Jeep and its attendants, to include Avan Royer. The same gentleman, often with a camera or microphone in his hand, would be directing his small crew.

His name was Charles Gregoire. An educator and trained documentary film maker, he was one of the founders of the Government Information Service. He was focused on the audio visual outreach, while announcers such as Jeff Charles, Francis Andre and Barnett Defoe spoke to the nation on matters of art, culture and current affairs via the Windward Islands Broadcasting Service (WIBS) – which preceded Radio Dominica.

His efforts in making movie shows and education documentaries available across the length and breadth of Dominica is little recorded and only remembered by those who were alive in an era when night fell quickly on Dominica with a seemingly impenetrable darkness.

It was a time where electricity existed only in Roseau and some major settlements, and the Carib Cinema was the only movie house on the island. With Gregoire’s passing this week, a tribute is due to one who brought movies, and adult education, to the masses in an innovative way.

Education: Charles S. Gregoire was born in Grand Bay on November 4, 1932 to Francis Gregoire of Dominica and Julian Gregoire, a French West Indian evacuee from St. Pierre, Martinique. She was one of two survivors from her family; the rest having perished in the cataclysmic explosion of the Mount Pele volcano on May 8, 1902 which destroyed that city, taking 30,000 souls in an instant.

Education & Family Life: Gregoire, along with fellow schoolmates like former President of Dominica Dr. Nicholas Liverpool was educated at the Grand Bay Boys School, then under the tutelage of Bennett John Rose.

He later attended the Dominica Grammar School (DGS) in the 1940s under the studentship program which was designed to upgrade the skills of assistant teachers, as Gregoire was then. Later, he obtained a diploma in education from Erdiston Teachers College in Barbados and was made head teacher at the Dublanc Government School.

Legacy: Charles Gregoire’s first child, Crispin Gregoire, was educated at Howard and Columbia Universities in the United States, and later became a major force for community development projects on Dominica; in particular in the Carib Territory.

“As a teacher, our father had to travel by boat to Dublanc as there were no roads connecting Roseau to Portsmouth in those days. He later became the head teacher at Veille Casse and befriended Edward LeBlanc who was then an agriculture officer for the northern district.

” When LeBlanc became Chief Minister of Dominica in 1961, our Dad was sent to London University to study education. However, our dad had a box camera from the 1940s and was always taking photographs. In the 1960s, he had a Rolleiflex camera and he taught me to work it and develop film.

” My father had his own dark room and I would work alongside him from the earliest days. Later, he attended the London School of Film Technique. There he met many Ghanaian, Nigerian and Tanzanian students who were brimming with national liberation sentiment and full of ideas on how to raise the education level of people in the emerging nations.

” Some of those students from Tanzania explained to him how that country’s President, Julius Nyerere, was using film to promote education; particularly among adults in far flung villages. My father returned to Dominica with those ideas on innovation in education and how one could use film to spur the imagination, engender inquiry and reduce illiteracy.

” In pursuit of that education mission, he persuaded Premier LeBlanc to start the Audio Visual Unit in the Ministry of Education. When the Government of Dominica brought in the Land Rover jeep from England, it was well equipped and so capable of showing films, and doing remote broadcasts from the field.

“We would traverse the island, going from north to south and from east to west, showing films like the Canadian documentary, Ti-Jean (www.nfb.ca/film/ti_jean_goes_west ), locally made documentaries featuring work undertaken by the island’s government, alongside US, and UK newsreels.

” This was before television, and people would crowd into the village schools to see the programs. When that green jeep would roll into a town or village it was the biggest thing to happen; the viewing room at the schools we used would be so full, people would be looking through the windows.

” The Government then sent him to the University of Manchester to study adult education and communications in 1976. Upon his return from Manchester he was instrumental in the founding of the Adult Education Department in the Ministry of Education under the leadership of the then Minster of Education Henckell L. Christian.

” Apart from building roads, education through film was one way the government of the day connected with the people, and the eyes of the Dominican masses were opened to the world and its endless possibilities.

” He did a film on Dominica’s independence in 1978 in color. Sadly those films, and many of his documentaries, were lost due to neglect. Much of the film archive became mildewed as our climate, which is very humid, can be unkind to items which need a cool and dry temperature for proper storage.

“Some of the film may have been discarded as our people are yet to learn how important it is to embrace and preserve our heritage in its myriad forms. The fact that so much of our heritage has been lost, or is being lost, means we must do a better job to preserve what we have.

” Our Dad’s last message to our nation is that we must work in a more collaborative way with all our people – regardless of political affiliation or ideological differences we can all make a difference where we can work together. Dominica and our heritage suffer much from such divisions.

“The message of our father’s lifetime of service to the nation, is that we must work harder to come together to build Dominica into that beloved community based on Koudmen – the spirit of people helping people. He believed in Koudmen.

“In his later days, apart from working on his farm, he continued with his community development work. In the 1980s he co-founded the Dominica Association of Local Government Authorities (DALA) to help local governments work better. Gregoire served on the Board of the Commonwealth Local Government Forum (CLGF); in 2003 he went to Pakistan to observe that country’s election as a member of the CLGF mission to the province of Quetta. We will miss him, but Dominica is better that he lived. “

While Charles Gregoire has passed on his grandson Mandela Gregoire is continuing that legacy. Mandela was brought to Dominica at two months and spent his formative years there. He studied film making at Rochester Institute of Technology and New York University.

He was an understudy of African American film maker John Singleton who did the famous movie Boyz in the Hood. A photographer for pop star Rihanna, Mandela’s work can be viewed at www.mandelagregoire.com.

Indeed, the quest for a better world still lives on in the work of Mandela Gregoire and many others. In that vein, Charles Gregoire’s best hopes for innovation in education shall never die where we follow his worthy example.

The Passing of Charles S. Gregoire of Dominica

Be the first to comment on "The Passing of Charles S. Gregoire of Dominica" 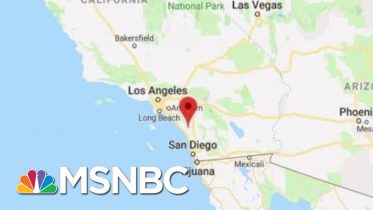 16 marines were arrested at Camp Pendleton in California on human trafficking and drug charges. NBC's Courtney Kube has more details. » Subscribe to…

Ainsley: WH To Deter Immigration ‘By Not Letting [Families] Out’ Of Detention | MTP Daily | MSNBC