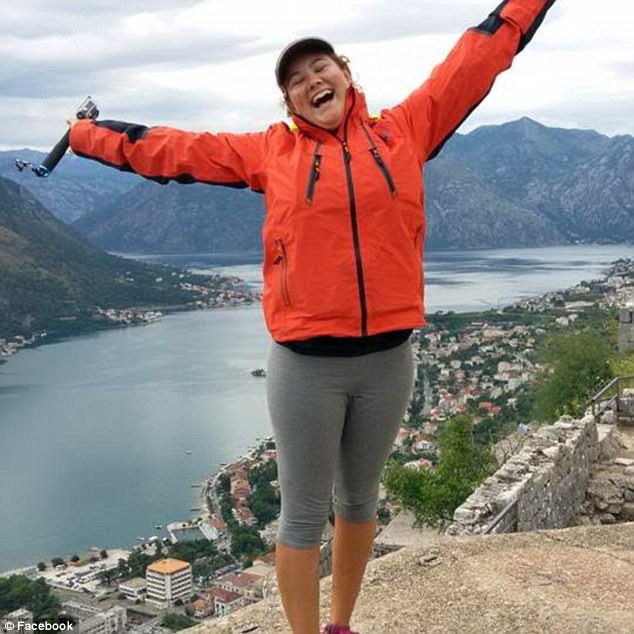 An 18-year-old British girl has fallen to her death while cleaning a yacht in a marina in Jamaica.

Bethany Smith had been working on the yacht, the Germania Nova, for a year and had climbed up a mast to clean it while it was docked at the Errol Flynn marina in Port Antonio on the Caribbean island’s north-east coast.

The ropes holding her in position somehow came undone and she fell onto the deck of the yacht yesterday afternoon.

She was pronounced dead at the nearby Port Antonio Hospital.

Deputy Superintendent Rex Swearing said yesterday: ‘At this time, we are still carrying out investigations and a female had an accident on the foreign-registered vessel and was taken to the Port Antonio Hospital, where she died while undergoing treatment.

‘We cannot disclose the nature of the accident and the name of the individual and vessel.’

But the Jamaica Observer identified her as Bethany Smith and said she was cleaning the mast of the vessel and suffered multiple injuries.

Bethany, who was from Glyn-Dyfrdwy, Denbighshire in north Wales, is understood to have been working on the boat for several months.

Her mother, Sarah Smith, posted a picture on her Facebook page of Bethany working on a boat and a friend, Helen Welsh, wrote underneath: ‘Bethany doing what she loved the best.’

She left behind her mother, who is in Trinidad, her father David – who works in Holland – and brother Bryn.

A gofundme website, set up to help the family bear the costs incurred with her death said: ‘Bethany will be remembered for being a generous person and “a ray of sunshine” who brought laughter and music into the lives of those she met.’

Niall Robinson, a partner with yacht management company Hill Robinson, said: ‘We are desperately sad to confirm that a tragic accident has occurred on Germania Nova leading to the fatality of a crew member.

‘The crew member’s next of kin have been informed and our thoughts are with the family, friends and fellow crew members at this very difficult time.

‘Hill Robinson and the owners are doing everything possible to support the family and friends and of course an immediate investigation is already underway.

The company added: ‘We request the courtesy of privacy for the family and all those affected. No further statements will be issued until the results of the investigation are known.’

The Germania Nova is believed to have had German owners, based in the Baltic port of Peenemünde, and was chartered out to companies and individuals.

Bethany was brought up in a family keen on sailing. They did humanitarian work in Gambia and Bethany had helped with relief efforts on the Caribbean Island of Dominica.