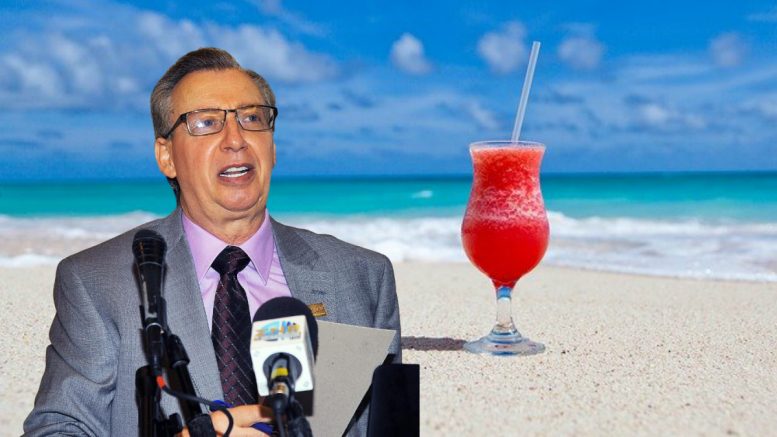 MIAMI (June 8, 2020) – The Caribbean Hotel and Tourism Association (CHTA) is calling on one of the world’s largest leisure, travel, and tourism companies, TUI Group (Touristik Union International), to reimburse Caribbean hotels and resorts for services received.

Last April, CHTA appealed for a response from those tour operators who had failed to reimburse hotels for the first quarter (Q1) stays by travelers who had made their payments to the tour operators well in advance of their travel.  “Most tour operators honored their obligations, and we’ve been pleased to see that a number of those who had delayed reimbursements have settled since our appeal in April,” said Frank Comito, CHTA’s CEO, and Director-General.

“But millions of dollars in reimbursements remain obligated and are jeopardizing the hoteliers’ survival and ability to meet obligations, like taxes and labor expenses, because of the holdout by TUI and several other tour operators.” In a letter to Andrew Flintham, Managing Director of TUI’s the United Kingdom and Ireland operations, Comito said he wanted the company to join its competitors in settling debts to Caribbean hotels whose survival is under threat.

The CHTA chief executive also described efforts by TUI to advance amendments to payment terms for future contracts – which are even more difficult for hoteliers – and would get tied to receiving the Q1 payments that are contractually owed, as “unreasonable and untenable.” By failing to pay, TUI appears to be in breach of existing contractual obligations, Comito said, noting that these distressed hotels have been long-standing loyal partners, directly contributing to the build of TUI’s Caribbean book of business.

The Caribbean private sector leader noted with great interest the public statement of apology that Flintham recently made to travelers who are also awaiting cancellation reimbursements. “While a similar sentiment would be appropriate to your loyal and long-standing partner hotels in the Caribbean … we urge your support in expediting the reimbursement of these obligations.” In April, CHTA wrote trade associations representing tour operators in Canada, Europe, the United Kingdom, and the United States, to address the delays in paying hotels for services already delivered.

Comito said that despite numerous requests to identify tour operators that were withholding reimbursements publicly, the association had refrained from doing so in the interest of long-standing, mutually beneficial relationships. However, Comito charged that the failure to act expediently left CHTA with no choice but to shine further light on the matter. He advised that in addition to TUI, the Canada-based tour operator Sunwing has also been cited by Caribbean hoteliers as still withholding payments.

“We have acted in good faith, as have those impacted hotels, in seeking and awaiting a timely resolution,” Comito stated. “This has become a matter of survival for many small- to medium-sized hotel operators in the Caribbean,” he said. Also, “many of which are independent and locally owned and have been loyal clients for many years to Touristik Union International and also Sunwing,” Comito added. While we understand that the pandemic is impacting the tour operators in a significant way as well, their financial obligations for services already rendered should take urgent priority.”

Comito reported that on Friday, he received a response from TUI, which, regrettably, provided no immediate redress for financially impacted Caribbean hotels. TUI Group got listed on the Frankfurt Stock Exchange and the London Stock Exchange.

Ex-FBI top lawyer: Trump should apologize to us