LONDON, UK (8 Sept, 2010) – A high-level delegation of Caribbean tourism ministers in London this week as part of a regional mission to develop closer ties and lobby British government, has been meeting with the Commonwealth Secretariat.

Hon. John Maginley MP, Minister of Tourism Civil Aviation and Culture for Antigua and Barbuda and Chairman of the Caribbean Tourism Organization said: “This  meeting was set up to explore ways in which the Commonwealth Secretariat might be able to support Commonwealth Caribbean nations and also other countries in the Commonwealth concerned about the legal and technical aspects of the UK’s Air Passenger Duty and the proposed 2012 European Emissions Trading Scheme. What is increasingly clear is that many organisations and countries share the same concerns as the Caribbean region and we will all have a greater voice by working closely together.”

The Caribbean delegation has also been meeting with the Association of British Travel Agents (ABTA). 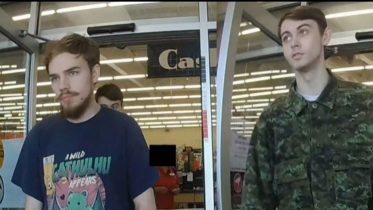 RCMP officials share information from a report on three homicides in northern B.C. that led to a weeks-long manhunt for teens Bryer Schmegelsky and…