Clinton Campaign Manager Says He Is ‘Nervous, But Hopeful’ About Election | All In | MSNBC

Clinton campaign chairman John Podesta talks to Chris Hayes about where things stand in the final week before the election. Aired on 10/27/2020.
» Subscribe to MSNBC:

Clinton Campaign Manager Says He Is ‘Nervous, But Hopeful’ About Election | All In | MSNBC

Joe Biden: ‘Trump Doesn’t Want Me To Be The Nominee’ | MSNBC

47 Comments on "Clinton Campaign Manager Says He Is ‘Nervous, But Hopeful’ About Election | All In | MSNBC" 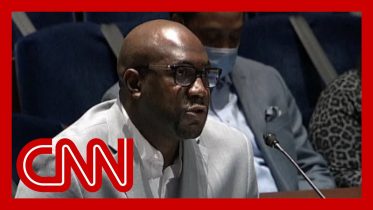 Philonise Floyd, George Floyd's brother, gives an opening statement to the House Judiciary Committee during a hearing to examine the crisis of racial profiling,…

Sen. Manchin Urges GOP To Speak Out To Voters: ‘They Want You To Speak The Truth’ | MSNBC