To: Chairman Julian Johnson and Members of the IPO Commission

I have heard several persons including Tony Astaphan, Lennox Lawrence, Simeon Albert et al publicly on Kairi Fm  maligning the IPO and its members and usually trying to be “softer” on the Chairman..Not sure why.
This past Saturday Feb 23 they said
The Kairi FM gang provide no evidentiary basis for the charge except that these gentlemen belong to non-cabalist groups and hence must ipso facto be biased and CANNOT be expected to be objective dealing with the facts of the Blaircourt ownership case..Can the other members…e.g. Vanoulst Jno Charles.. of the Commission be biased as well..Certainly not..according to the Kairi gang..Presumably ALL THE OBJECTIVITY IS ON THEIR SIDE AND ALL BIAS ON THE OTHER SIDE
At this point I think it is imperative that the Commission Chairman make a public statement to defend the integrity of the IPO Commission , its members, its processes and protocols  and its decisions..Already there is a call for it to be disbanded,,,I do not share that view ..but according to some it has NOT measured up to its charge
For many Dominicans now,,, including leaders of our institutions,,,DHTA, DAIC, Judiciary, Church, media, citizens groups, unions, Bar Assoc, business leaders… “Hiding in the Bushes” is NOT a progressive strategy..nor is it in the national interest, your children’s interest or future generations..
As usual copied to Tony Astaphan and now Alick Lawrence
Clayton

Cummings and goings? Will Dom be done?

ELECTIONS IN THE AIR IN BOTH ANGUILLA & ST KITTS-NEVIS

Be the first to comment on "Dominica – IPO Commission" 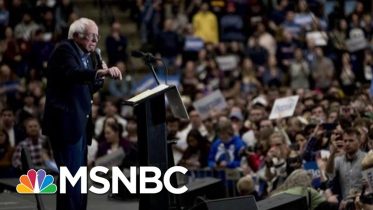 The panel discusses Sen. Sanders' rally Monday evening in Durham, NH and how he's currently the man of the moment in the Democratic field….

Jackie Speier: Criminal Enterprise Being Operated Out Of The White House | Hardball | MSNBC