ROSEAU, Dominica — A Dominica man has been charged with manslaughter in the death of a U.S. college student who was struck by a dive boat’s propeller.

Casey Schulman of Falls Church, Virginia, was hit by the boat in December as she swam in waters just off a beach where her classmates were relaxing.

The fourth-year University of Virginia student was visiting Dominica with more than 50 other students as part of the school’s “Semester at Sea” program.

On Thursday, police in Dominica arrested and charged local hotel owner Andrew Armour, who was the captain of the boat. He was apparently moving the vessel in reverse when he hit Schulman.

He was not required to make a plea on Thursday. He is due back in court next week. 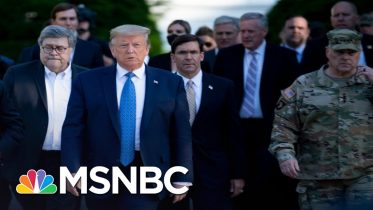 Author Masha Gessen on the line between Trump’s performance and actual authoritarianism: “Does he know that that is fascism? Does he care? It doesn’t…

You Have Echoed Lies & Defended Demagoguery. It Must Sting To Still Be Defending Trump | MSNBC