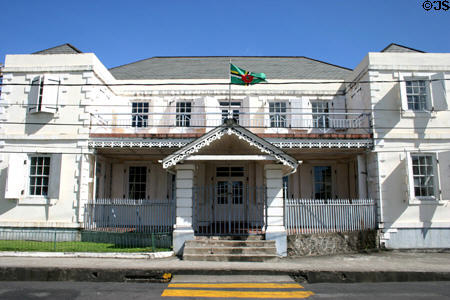 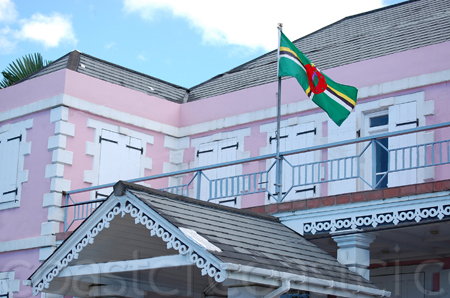 Roseau, Dominica – Friday, May 22, 2015 – The Second Meeting of the First Session of the Ninth Parliament under the Commonwealth of Dominica Constitution gets underway on Wednesday, May 27, 2015 from 10:00am at the House of Assembly on Victoria Street, Roseau.

At that meeting Prime Minister and Minister for Finance the Honourable Roosevelt Skerrit will seek approval for Supplementary Estimates of Expenditure for the financial year ending June 30, 2015 amounting to fourteen million, three hundred and seventy-nine thousand, eight hundred and fourteen dollars and sixteen cents ($14,379,814.16).

Prime Minister Skerrit will also introduce a bill for an Act to provide for the regulation of the banking business, the establishment of a single banking space and for incidental and related matters and the repeal of the Banking Act, No. 16 of 2005. The Prime Minister has stated that the new Banking Act will focus on strengthening the regulation and supervision of the financial services sector.

Prime Minister Skerrit will present to the house the Schedule of Supplementary Appropriation for the first and second quarter (July to December 2014) and the report of the Director of Audit on the audit of Public Accounts for the fiscal year ended June 30, 2012.

Obituary and congratulatory remarks are also down on the order paper.

Be the first to comment on "SECOND MEETING OF FIRST SESSION OF NINTH PARLIAMENT SET FOR WEDNESDAY, MAY 27, 2015"

In his weekly radio broadcast, Bird said that the person occupying the post of Speaker in any country is required to be an impartial and objective arbiter of meetings of the House and is obliged to give the opposition benches a fair and adequate a hearing as the government side.

What It’s Like On Senate Floor During Impeachment Trial: ‘No Eating, No Drinking Caffeine’ | MSNBC

Eugene Robinson: Trump Shouting His Racism. He Must Be Stopped | Morning Joe | MSNBC