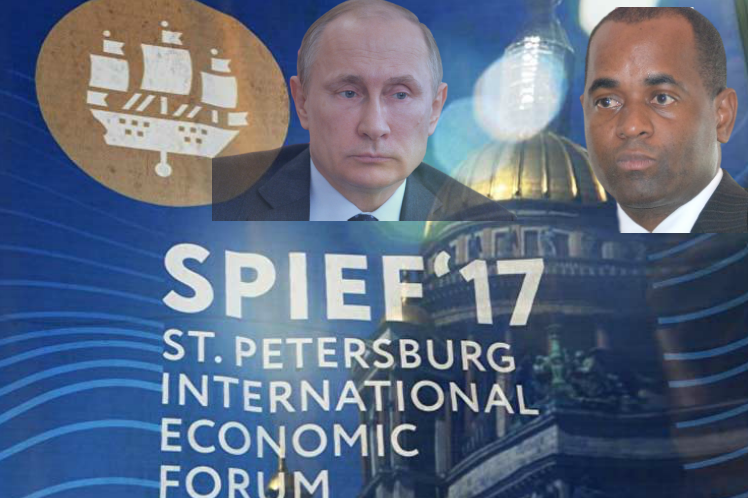 Russia is now free of isolation and open to the world, after signing deals for almost 1 trillion rubles (17.639 billion dollars) at the International Economic Forum in St. Petersburg.

More than 12,000 specialists from 130 countries from all continents gathered, especially on June 1-2, to discuss trade, prospects, investments, alliances, strategies, technology, and global projects.

At the event, the region was represented, among others, by the Cuban Minister of Foreign Trade and Foreign Investment, Rodrigo Malmierca and his Venezuelan counterpart, Jesus Faría.

In addition, the session was attended by Aviol Frelan, Haitian Minister of Planning and Foreign Cooperation, and Carlos Chundabi Suárez, director of the Latin American department of the UN Organization for Industrial Development.

Prime Minister of Dominica, Roosevelt Skerrit, was another participant in the session on Latin America, whose presence in the forum was highlighted by Russian Deputy Prime Minister Arkadi Dvorkovich.

‘I think the presence of a great representation of Latin America in the forum is positive. In just two weeks we received the president of Brazil, a country with which we have good relations, Dvorkovich told Prensa Latina.

We are now working more on investments than on trade itself, to expand its volume in Latin American nations and those in Russia, he said.

Despite almost three years of efforts to apply more and more restrictions to this nation, the twenty-first edition of the aforementioned forum was considered the best so far by the governor of St. Petersburg, Gueorgui Poltavchenko.

The president of the Council of the Russian Federation, Valentina Matvienko, considered that, unlike 2016, when in many countries they ordered the businesspersons to not to attend the forum, this time there were no such orientations.

It is impossible to prevent the business community from going where it is interesting or beneficial, they are pragmatic people and they understand the prospects of the Russian market and investment cooperation with our country, Matvienko said.

This comes from the understanding that Russia’s isolation was only in the minds of some delirious politicians, she said.

Russia has consistently outperformed both the global economic crisis and the sanctions imposed against it and is now stronger and less independent of the West in terms of technology supply, she said.

The president of the Duma (Russian lower house), Viacheslav Volodin, recalled that many American businesspersons traveled to the forum, more than 500, according to the organizers.

With questions about whether the US administration influenced it, Volodin said that businesspersons go wherever they think there may be gains.

That last thought seemed to set the tone of the more than 200 events that took place during two intense days in the Congress Center of the so-called northern capital of Russia, which seemed to make clear the failure of attempts to isolate the country.