Police on the Caribbean island of Dominica have arrested three suspects in an attack that killed an Irish visitor and wounded a U.S. couple who own a hotel on the island.

A police statement Thursday says the suspects are being questioned by detectives about the Sunday attack in the northeastern town of Marigot.

Police say three masked men brandishing a machete, a hatchet and a plank of wood demanded money from the U.S. couple outside their Pagua Bay House hotel and restaurant in Marigot.

Irish national Joseph Costello was attacked when he rushed from his hotel room to help. He was pronounced dead at the scene.

Americans Rich and Alicia Davison were treated at a local hospital. They have lived in Dominica for years. 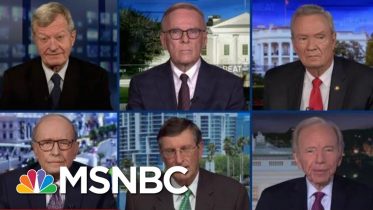 On Trump Trial, Sen. McConnell Gets Fact-Check By Six Of His Senate Colleagues At Once | MSNBC

As the Senate marches towards putting Pres. Trump on trial, six former senators who served as jurors in the Senate trial of Pres. Clinton…