Dominica’s Prime Minister, Roosevelt Skerrit accused Lennox Linton of economic terrorism as the PM dispell claims made by the island’s Opposition Leader in a recent CBS 60 Minutes television program about Dominica’s citizenship by investment program, sighting that Linton’s comments show that is an unpatriotic Dominica person to his country.

Skerrit explained that some islands were targeted in the CBS broadcast, which includes Dominica, because of these countries’ refusal to embrace Henley & Partners, a company that specializes in citizenship and residence planning.

The prime minister added that what he cannot comprehend is how a sitting member of the Dominica Parliament who is also the leader of the opposition, would be so irresponsibly and be a part of that campaign to spell false statements on the program.

Perhaps, the prime minister pointed out, it’s Lennox’s emotional ties to Henley & Partners or it may be his great anger and fear provoked by the considerable success of the citizenship by investment program that caused him to make false statements. The prime minister went on to state that “it is not in dispute that Lennox Linton traveled with” Kalin “several times” and that Kalin has never been disposed to Dominica, ever since the election of the Dominica Labour Party administration in 2000 and our subsequent refusal to hire them as the exclusive agent for the citizenship by investment program.

The Dominican PM stressed that the investment program is good for his island’s economy program and that Linton is not concern about that but sees the success of the citizen by investment program as a political threat and an obstacle for his “pathological obsession” for power in Dominica.

However, Skerrit said, the program is transparent and denied claims by Linton that the program was not.

“We have explained ad nauseam how the program works and Linton is more than aware of that” Skerrit said and stressed that the program is governed by legislation, and persons seeking citizenship of Dominica under the citizenship by investment program have to undergo a most rigorous, yet transparent, due diligence exercise, that involves criminal, character and ethics checks, by international law enforcement agencies and authorities and due diligence companies.

He also pointed out that once due diligence reports are received, a committee of government officials reviews all of the documentation before recommending the granting of citizenship, and that in no instance is citizenship granted to anyone, if the due diligence checks do not pass muster.

The prime minister who was at the time addressing a press conference also defended his government’s issuing of diplomatic passports which was referred to in the popular CBS television documentary and said that he categorically denied the sale to unsavoury characters, or otherwise and that there is a thorough due-diligence process.

Lennox Linton told 60 minutes that one Francesco Corallo, “had a diplomatic passport in the hands of  who, at the time, was on INTERPOL’s list of most-wanted criminals, and added that no one in Dominica had ever heard of Corallo until he was stopped by authorities in Italy and said, “You can’t detain me. I’m a diplomat.” They said, “Diplomat? Diplomat of where?” He said, “Dominica.”

However, the PM stated that outstanding non-Dominicans had offered their services over the years, as ambassadors and trade investment commissioners, allowing Dominica access to parts of the world where it was unable to be represented by nationals. He sighted that some of the people diplomatic passport were issued to have found them at odds with the law, but his government and himself did not know before the individuals were considered as diplomats, and that no diplomatic passports had ever been sold by the government.

Addressing the names of the person or persons mentioned in the television documentary as having diplomatic passport, the prime minister outlined that “the government of Dominica has refuted the allegation by Linton on several occasions over the past 12 years, but yet Linton continued to repeat his false claims on international television, the government leader pointed out.

In the CBS 60 minutes documentary Lennox also pointed out that the sale of diplomatic passports is not part of the citizenship by investment program, but it goes on under the table, particularly in Dominica, which has had a most impressive corps of dodgy diplomats.

Economic Citizenship by investment program from Fred White on Vimeo.

However, the prime minister said, he “call on Lennox Linton one more time, to put up or shut up! To Lennox Linton I say– provide evidence of Rudolph King having been issued a Dominica passport or having been appointed ambassador to Bahrain.

Prime Minister Skerrit clarifying the matter said on the issues of Nigerian former minister of oil Diezani Alison- Madueke, and Italian businessman Francisco Corallo that both of these people were adequately researched and dropped once they became embroiled with the law. But according to prime minister, Dominica is now “black eyed” in the eyes of the world, due to Linton’s comments, and time and money will have to be spent to repair Dominica’s image.

According to CBS, Editor’s Note, since airing the story “Passports for Sale” on January 1, 2016, the Dominica’s Opposition Leader Lennox Linton has come under intense pressure from some members of the government of Roosevelt Skerrit, the Prime Minister of Dominica and was also accused of “economic terrorism” by Vince Henderson, the island’s Ambassador to the U.S., who said that Linton’s criticism of Dominica’s “Citizenship by Investment Program” is unpatriotic because it could undermine economic development in the country.

GIS NEWS UPDATE ON CLEARING OF ROADS OF THE CAPITAL 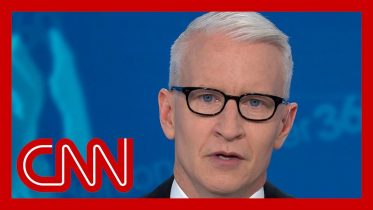 Anderson Cooper: Trump says this doesn’t matter. It does