PORT-OF-SPAIN , Trinidad, Monday February 11, 2013 – An earthquake with a magnitude of 4.9 and depth of 110 km rattled sections of Trinidad early Sunday morning.

It’s reported that the tremor was also felt in Grenada.

The Trinidad-based Seismic Research Centre at the University of the West Indies (UWI) said the quake occurred at 1:27 (local time).

It said the quake occurred north of the Paria Peninsula in Trinidad.

Meanwhile it has been  reported that an earthquake shook sections of Western Jamaica early Sunday morning.

An earthquake tremor was felt in sections of Western Jamaica and it was felt at 6:10am and it lasted for approximately 3 seconds.

There were no immediate reports of deaths or damage related to the tremors. (CMC)

EYE ON TROUBLED CONSTITUENCY IN ST VINCENT AND THE GRENADINES

Be the first to comment on "Earthquake rattles Trinidad, Grenada and Jamaica" 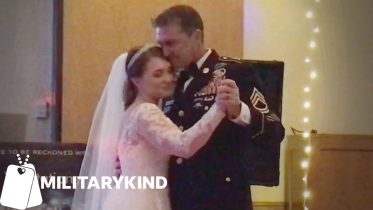 It’s been the soundtrack of their lives for this Army dad and his daughter, but when it played for their first dance, everyone lost…