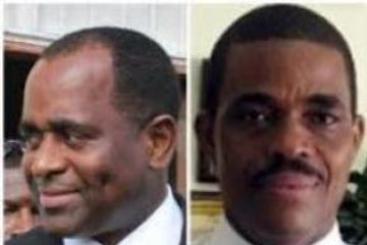 ROSEAU, Dominica, Monday November 12,2012 – The Eastern Caribbean Supreme Court of Appeal will on Tuesday begin hearing arguments in a petition filed by the defeated candidates of the main opposition United Workers Party (UWP) challenging the nomination of Prime Minister Roosevelt Skerrit and his Education Minister Petter Saint Jean to contest the 2009 general election.

Former UWP leader Ron Green and his colleague, Maynard Joseph, are appealing a January 2012 ruling by High Court judge Gertel Thom that they failed to establish a case against the two government ministers.

Both men had challenged the results of the Vielle Case and La Plaine constituencies that were won by Skerrit and Saint Jean respectively during the December 18, 2009 general elections that Skerrit’s Dominica Labour Party (DLP) won by a convincing margin.

In the 26 page ruling Justice Thom said that the petitioners failed to show evidence that the two men had pledged allegiance to a foreign power or state and failed to show that they were in possession of French passports.

Tapper: Trump nowhere to be found as Covid-19 worsens

CNN's Dr. Sanjay Gupta and Jake Tapper discuss the worsening coronavirus situation in the US and President Donald Trump's reaction to it. #Tapper #Gupta…

All Four Officers Involved In George Floyd’s Death Have Been Charged. What Happens Next? | MSNBC

US adds more than 900k coronavirus infections in just 2 weeks