In the end, it wasn’t “the economy, stupid”. For all of the hype about the recession, this wasn’t an election decided solely by the size of the deficit. Nor was it merely a verdict on budget cuts, or even a referendum on unemployment. On the contrary, voters remained evenly divided on economic issues from the beginning to the end. One exit poll conducted on Tuesday asked voters which candidate would be better able to handle the economy. Despite the election result, 49 per cent said Romney. Only 48 per cent said Obama.

But it didn’t matter. Despite expectations, the economy mattered less than basic demographics. Overwhelmingly, and in every state, Obama won the votes of blacks, Hispanics, Asians and ethnic minorities of all kinds, groups whose numbers have grown since 2008 and are still growing. He won the votes of young people in overwhelming, disproportionate numbers: 60 per cent of voters aged between 18 and 29 voted for Obama, and only 36 per cent for Romney. He also won the votes of women, by a margin of 55 to 44 per cent.

Romney’s electorate was older, whiter and more male. The Republican Party’s base is proportionally smaller than four years ago, and this time around its members proved less likely to vote as well, despite myriad efforts to “energise” them. Against expectations, the percentage of young people voting rose from 2008, a year in which many thought the youth vote had reached an all-time high. Meanwhile, the percentage of senior citizens voting went down.

Contrary to all conventional wisdom, the economy also appears to have mattered less than social issues. During its convention in the summer, the Republican Party took a big gamble. Hardly anyone who spoke in prime time mentioned abortion – or, for that matter, foreign policy – as the party once known for championing “family values” tried to brush its more unpopular views under the table. Noisy evangelicals were kept well away from microphones, as well as both ex-presidents Bush. Instead, Romney made a single argument: the recovery is weak, I am a competent businessman, and I can make it stronger.

A week later, the Democrats took another gamble. In his acceptance speech in Charlotte, Obama declared that “selfless soldiers won’t be kicked out of the military because of who they are or who they love”. In her speech, Michelle Obama stated that “women are more than capable of making our own choices about our bodies and our health care… that’s what my husband stands for”. The Democratic Party took the plunge, conducted a more holistic election campaign and bet that the majority of Americans not only wanted to hear about their social policies, they preferred them.

The Democrats bet correctly. Not only did Americans with more liberal social views support Obama all across the country, they also voted in Indiana against Republican senatorial candidate Richard Mourdock, an evangelical who declared last month that if a woman was raped and became pregnant, that was “something that God intended to happen”. That particular seat had been held since 1976 by a moderate Republican, Richard Lugar – until Mourdock, a Tea Party favourite, ousted him in a primary. The Right-wing of the party won that battle, and then lost the war.

A similar drama unfolded in Missouri, a state Romney won but the Republican senatorial candidate, Todd Akin, managed to lose. Akin claimed last summer that women’s bodies can magically shut down and ward off pregnancy following a “legitimate rape”. Millions of Republicans, too pro-choice or pro-science to stomach those comments, split their ballots. Thus will Republican Missouri have a Democratic senator for the next six years too.

Referendums across the country held ominous signs for the socially conservative Right as well. In four states where the issue was on the ballot – Maryland, Maine, Washington and Minnesota – voters either supported the legalisation of gay marriage or refused to ban it. Clearly, the Republican Party would be unwise to assume that its opposition to gay marriage will continue to win them votes into the indefinite future.

Romney was presumably not surprised: after all, he went out of his way to distance himself from Akin, Mourdock and some other extremist figures in his party. He kept his views on abortion, whatever they are, vague and ambivalent. During the last part of the campaign and especially during the debates, he tried to present himself as more similar to President Obama than different. None of it helped. However hard he tried, and however sensible he did sound when speaking about economics, Romney could not separate himself from a Republican Party whose public faces – in the media as well as in politics – seem to many Americans ever more extreme. In recent years, Republican pundits and talk radio hosts have attacked “elites”, thus alienating university-educated voters. They have advocated harsh, police-state-style immigration policies, thus alienating Hispanics. Some senior figures even gave credence to the ludicrous “birther” movement – the conspiratorial group which believes Obama is illegitimate because he was not born in the United States – thus alienating rational, non-conspiratorial people of all kinds.

But the pundits alone were not at fault. Romney alienated the “47 per cent” of the population who, in a private speech to donors caught on video, he said were “dependent on government” and therefore would never vote for him. Included in that 47 per cent, presumably, are soldiers, civil servants, pensioners and millions of other Americans who have historically voted Republican.

For all of these reasons, the most interesting political arguments in America over the next four years are going to take place not at the national level, but within the Republican Party. If anything, this bitterly contested election will probably persuade the Democrats to tone their rhetoric down, and to hew even more closely to the centrist line they have held since being defeated in Congressional elections in 2010. In his victory speech, Obama spoke of “reducing our deficit, reforming our tax code, fixing our immigration system, freeing ourselves from foreign oil”. These are all goals that moderate Republicans would recognise as their own.

But inside the Republican Party, the battle will rage. Did Romney lose because he didn’t trumpet his past as a moderate, Massachusetts governor louder and sooner? Or did he lose because he wasn’t sufficiently conservative?

There will, of course, be some who argue for more “conservatism”, not less. Presumably all of the pundits who spent the campaign calling on Romney to take more openly conservative positions – and those who supported more conservative candidates such as Rick Santorum, Newt Gingrich or Ron Paul in the Republican primary – will now want their party to follow a purer, more consistent, and more ideological path.

They will be opposed by internal critics who want the party to become more inclusive, more tolerant, and above all more open to minorities. There will, I hope, be a movement to reclaim the “fiscally conservative, socially liberal” mantle that Republican moderates wore until they started disappearing from the party a few years ago. There might even be an attempt to revive slogans like “compassionate conservatism”, which helped George W Bush win two elections not so long ago.

It’s a vitally important argument, and not just for Republicans. America needs a coherent, sane, political reform movement which wants to downsize government intelligently, to cut deficits, reform the complex tax code and streamline the pension and health care systems so that they can survive into the next decade. The Democrats may be too hidebound, too stuck in their tax-and-spend habits to produce such a movement. In theory, the Republicans could do it. But they can only succeed if they discard the Sarah Palins, the evangelical preachers, the conspiracy theorists and the other dubious figures who have become the spokesmen for their party.

They also need to learn how to appeal to a broader, wider and more variable audience. In the early hours of Wednesday morning, Barack Obama and Joe Biden appeared on stage in Chicago with their wives and progeny. As the tickertape fell, the Obama girls and the blonde Biden grandchildren hugged one another and clapped their hands while the audience cheered.

When the Republican Party is capable of producing a scene like that – black and white, ex-Ivy League and ex-working class, old and young, men and women, all mingling at once – then it might once again deserve to win.

U.S. First Lady Melania Trump at RNC: Trump is an authentic person who loves his country

Be the first to comment on "US election 2012: It’s time for a Republican Party clear-out" 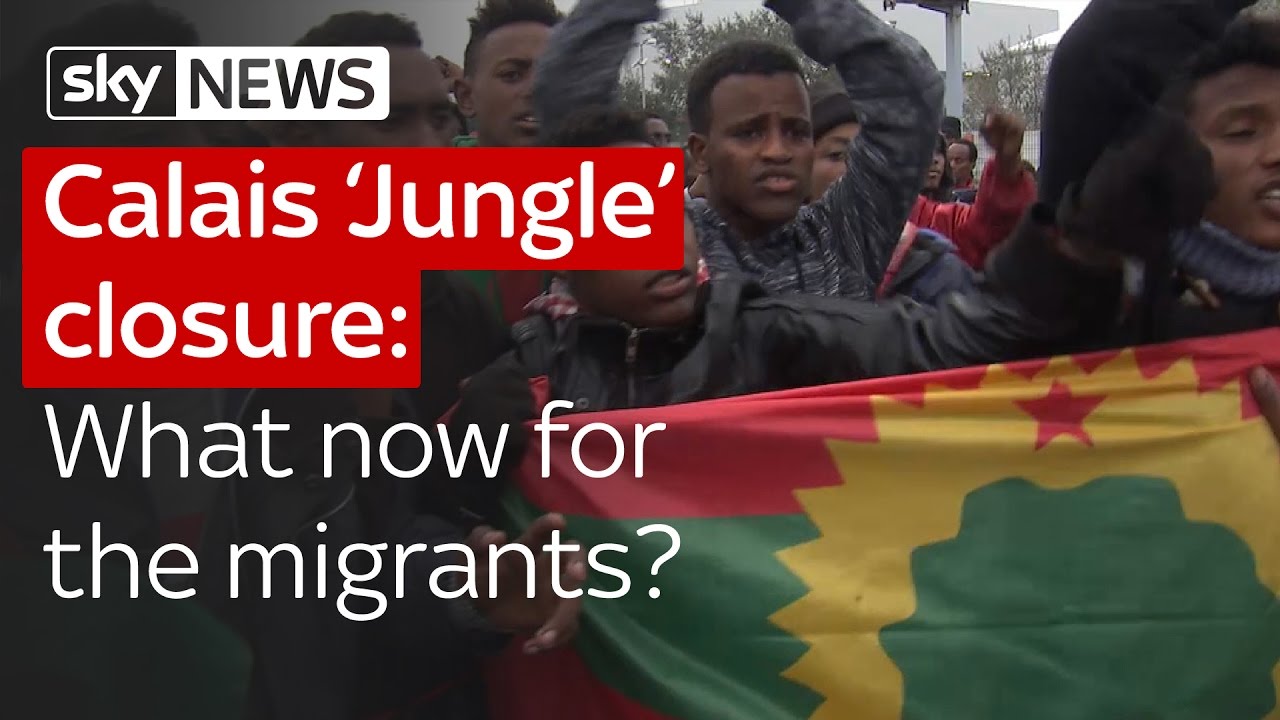 Calais ‘Jungle’ closure: What now for the migrants?

Sky's Mark Stone makes his way around the Calais 'Jungle' camp as it is closed and demolished. The future for many migrants is again…

GOVERNOR OF THE EASTERN CARIBBEAN BANK TIMOTHY ANTOINE ON TWTW