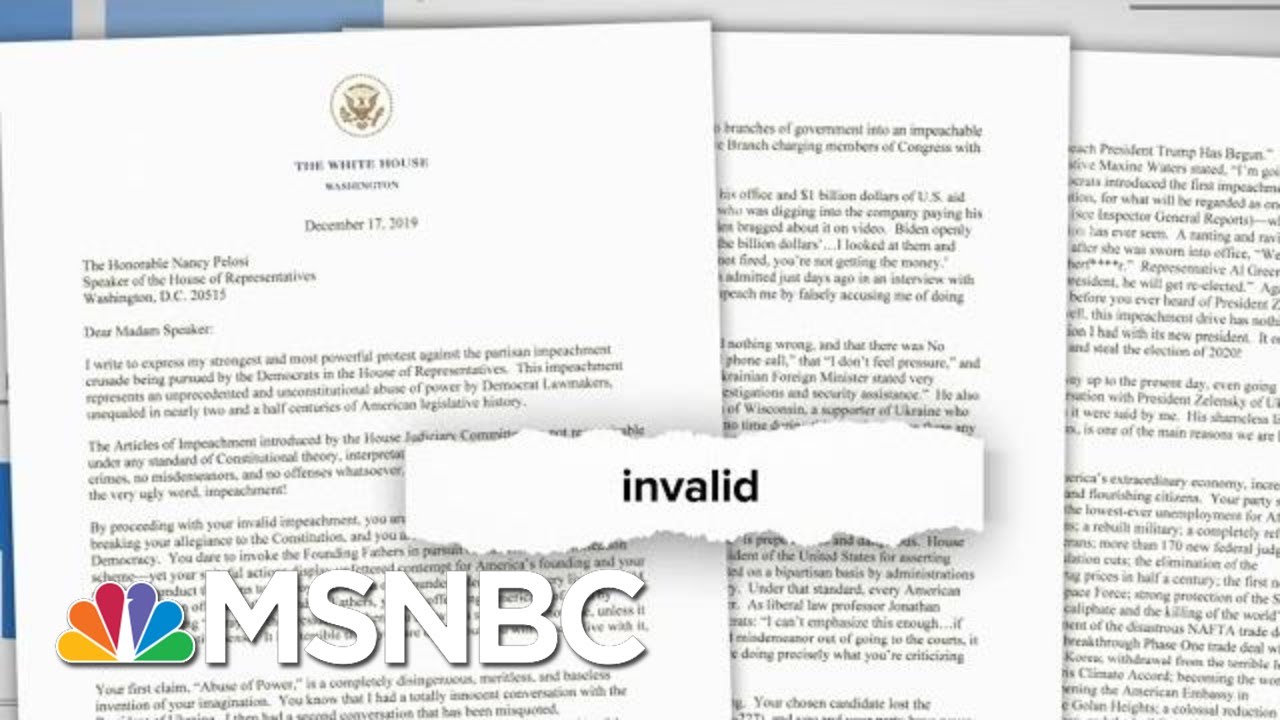 Trump is bracing for a historic impeachment vote in Congress that would put him on trial for several “high crimes.” MSNBC’s Ari Melber reports on Trump lashing out at Speaker Pelosi, blasting “Trump derangement syndrome,” accusing her of “abuse of power” and comparing the impeachment probe to a “Salem witch trial.” Despite Trump’s grievances, the Senate is prepping a Trump trial and Mitch McConnell admits he won’t be "impartial." The Washington Post’s Robert Costa reports on how “deeply personal” Trump’s letter to Speaker Pelosi is to him, saying it’s a “Trump rally put on paper” and written over the course of two weeks. Aired on 12/17/19.
» Subscribe to MSNBC:

Steve Schmidt On Ted Cruz, Josh Hawley: ‘Small And Silly Men At A Serious Hour’ | All In | MSNBC 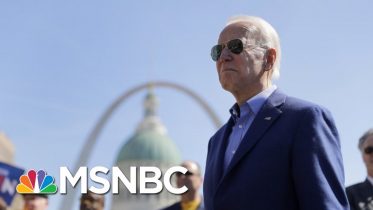 Is The Biden Campaign Feeling A Sense Of 2016 Deja Vu? | Morning Joe | MSNBC