Contributor to The Grio Jason Johnson and former U.S. attorney Chuck Rosenberg discuss the lawsuit filed by the NAACP and Congressman Bennie Thompson (D-MS) contending that Donald Trump and Rudy Giuliani violated the 1871 Ku Klux Klan Act and how they could face costly penalties. Aired on 02/17/2021.
» Subscribe to MSNBC:

Bash Says ‘It’s Inconceivable’ Trump Would Not Be Told About A Direct Threat To U.S. Troops | MSNBC 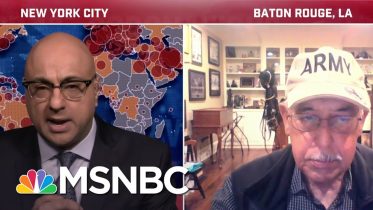 Lt. Gen. Honoré: ‘If We Don’t Discipline We’ll Have A Mess On Our Hands.’ | MSNBC