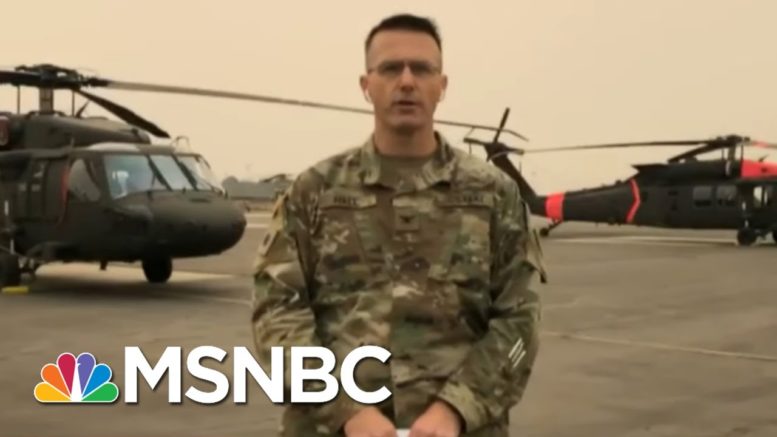 Colonel David Hall, Commander of the California Army National Guard's 40th Combat Aviation Brigade, joins Andrea Mitchell to discuss the work his team is doing to respond to the wildfires in California – conducting search and rescue efforts, transitioning to dropping water – and describe what the situation is like on the ground. Aired on 09/09/2020.
» Subscribe to MSNBC:

“I want to be constructive”: Jagmeet Singh on working with Trudeau

Police in Burlington Township, N.J. are praising the actions of two Good Samaritans after they pulled an unconscious driver out of a burning vehicle….