So tonight the new talk show,”Voice of the Patriots” was on.

Who tell me call Brian and put the question to Bro Artherly Robin?

I called Robin and asked him if picking a fight with the Diaspora Dominicans overseas is the way to go? Should we disenfranchise overseas Dominicans by attempting to keep them away from participating in the electoral process, if that is not taboo? who tell me ask dat. all hell break loose. Brian start to give me a Jhay maypwis. I warned Ron green in a talk show before elections do not go down dat road. make friends with Dominikanz overseas. he din listen to me. he lose 4000 votes down from 16000 once a force to reckon with. No wonder Peter wickam had to come an say UWP weak. yu cannot try to keep overseas Dominikanz from voting u heading into a war zone. dat is why UWP lose beeg f…eeeing time. so keep on keeping on making war with overseas Dominikanz see wer it will get UWP. Bro Rosie saw the merit, he visited Guadeloupe, Antigua, St martin, St Thomas met with all Dominikanz told dem come home to vote. he made friends with them overseas. here yu trying to bang de door in overseas dominikanz from Voting. and I getting my French (European) and US (Uncle Sam) voting papers in my mail every term needed. I doh have to go anywhere. dat is what should be happening. any and every dominikan anywhere overseas should be able to go to our embassy an vote, period. yu feenk when Bro Rosie went all over the world met with Dominikanz was to have a good time. de man was smart. He was making friends with dem. He was bonding with dem.

But no we here making war wif overseas dominikanz.

9 Comments on "NEW TALK SHOW, , VOICE OF THE PATRIOTS." 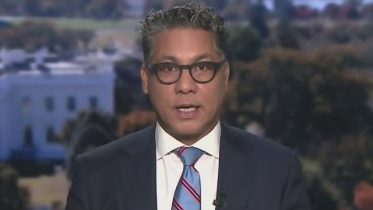 Richard Madan breaks down U.S. President Trump's statement which didn't mention the protests in Minneapolis, and he refused to take questions from White House…

How Did Trump Get To The Brink Of Impeachment? The Ukraine Bribery Plot Explained | MSNBC