The flights marked the first time LIAT has flown into that airport at night since the facility was previously unable to accommodate air traffic at night.

“Several concerns were identified during the test flights and these items will be reviewed with the regulatory authorities,” Director of Flight Operations Captain George Arthurton said in a statement from the airline yesterday, following the Tuesday night tests.

“Even though we have done the test flights, the company still has to complete the evaluation process and obtain the required approvals from the Eastern Caribbean Civil Aviation Authority (ECCAA) before we can announce that LIAT can commence commercial night operations into Melville Hall.”

It was only recently that the airport became ready for night landing after extensive work on the airport facility and air navigation facility.

Officials of the Dominica Government, the Dominica Air and Sea Ports Authority and the ECCAA were present at the airport for the LIAT’s test flights. 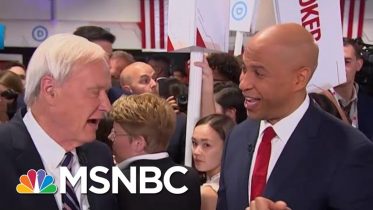 Woman makes more from unemployment than when she worked