New York Times justice reporter Katie Benner, former FBI counterintelligence agent Peter Strzok, and former Senator Claire McCaskill react to comments from the federal prosecutor who had been overseeing the insurrection investigation, that evidence could support sedition charges for at least some of those involved in the Capitol riot. Aired on 03/23/2021.
» Subscribe to MSNBC:

On Questioning Giuliani, Klobuchar Says She Would ‘Love To Ask Him Questions’ | MTP Daily | MSNBC

‘Pinching Myself’: Nobel Prize-Winning Economist On Scale Of Covid Relief Bill | All In | MSNBC

93 Comments on "Peter Strzok Says What We’re Seeing From The DOJ’s Investigation Into Jan. 6 | Deadline | MSNBC" 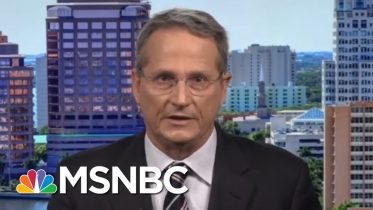 Eugene Robinson: Trump Is ‘Raving Like A Lunatic And Everyone Just Shrugs’ | The 11th Hour | MSNBC