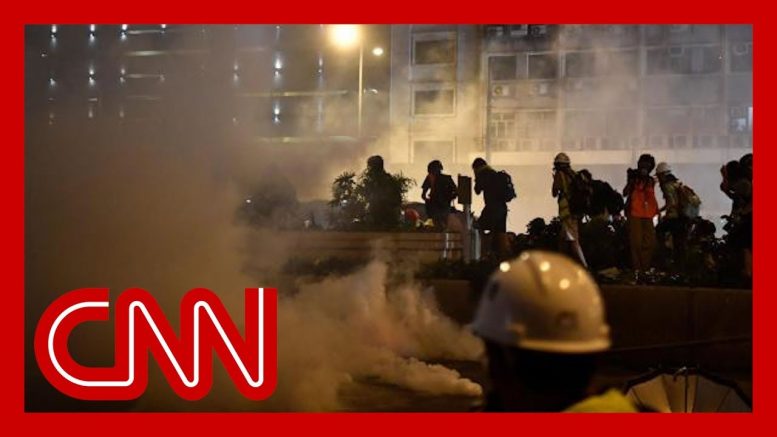 Riot police fired tear gas at protesters in Hong Kong after tens of thousands took to the street for the seventh consecutive weekend amid an ongoing political crisis over a now-suspended extradition bill.

The demonstration had begun as a peaceful march, with organizers estimating that more than 400,000 people had joined the rally, while police said 138,000 took part in the march. Many wore the signature black look that has become a common sight at recent protests and chanted "Free Hong Kong!" as they thronged through the city.

But as the night wore on, thousands defied police orders to march beyond the designated end point toward the Chinese government's liaison office. Protesters spray-painted slogans on walls close to the building, before retreating in the face of a growing police presence.

Intermittent skirmishes continued amid chants of "Liberate Hong Kong," as the crowd headed to the center of the city. Once there, riot police armed with batons and shields fired tear gas to disperse a large group of mostly young activists, who charged police lines armed with metal barricades.

The clashes were the latest in a string of violent confrontations, as the protest movement evolves into a wider call for democratic reform.

Elizabeth Warren pressed on health care: Will taxes go up?

Beauty queen defends tweets that stripped her of crown

Rep. James Clyburn: Stephen Miller is a ‘cancer on this country’ 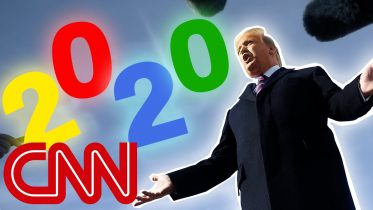 Donald Trump has had a VERY good 2020

From an impeachment acquittal to a rocky Democratic race, 2020 is off to a good start for President Trump. Chris Cillizza explains what this…

Fmr. Undersecretary Of Defense On Trump And Iran: He’s Poured Fuel On The Fire | Hardball | MSNBC