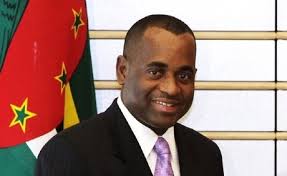 Speaking at the daily news briefing since the Category 5 hurricane slammed into the country on September 18, killing at least 28 people and left billions of dollars in damages, Skerrit said that he held discussions with the insurance companies here and urged that payment be made as quickly as possible to property owners.

“My hope is that the private sector do not put the money in offshore banks…and instead put it back in the economy,” expressed Skerrit.

He reminded the business owners that their businesses had been built on the support of Dominicans adding “all that we have in Dominica was given to us by Dominicans and therefore do not take the easy way out” take the insurance payment and close down the business.

Skerrit, who is due to address the nation later on Monday, said that he would announce a “very generous package we received from the World Bank,” adding “there are commitments being made and we will be guiding those commitments to fit within our own national plans”.

Skerrit had earlier announced that he would be visiting Washington for talks with the World Bank for loans and grants totalling US$100 million after the financial institution had provided at least US$60 million.

“Our declaration that we shall make Dominica the first green climate resilient nation in the world has captured the imagination of countries, organisations, institutions and individuals. It is important for us to work towards achieving this it is going to require the commitment of all of us.”

During his briefing, Skerrit said the government was contemplating declaring a “Day of Caring” bringing all Dominicans together in the rebuilding exercise.