We must not always fall for these statements. The Minister of Finance has every right to ask citizens to honour their tax obligations to their country. This new call by our PM is a smoke screen and red herring that was thrown at us to detract from some of the other major problems confronting the administration.
As you know, gifts to ministers and government officials/employees must be declared, Also gifts are taxable. We know that senators and ministers have indicated they know of direct gifts being given to the PM personally by no other than Hugo Chavez. Are you aware whether these gifts were declared. I know your good friend and SC Tony has declared that Merina Shillingford made a gift of land to the Minister of Finance. Were these gifts declared and the relevant taxes paid on them???
Did you not read that GON Emanuel had some charges against his former partner and a claim of some 7 million plus dollars were missing and or in question. There were claims that there was an upstairs business managed by one partner the downstairs office by the other. From what was said and claimed, it would appear that only the downstairs office was registered with VAT and only that office paid VAT. The VAT and Income tax that this 7 millions plus income would attract is in excess of 1 million dollars. Did the controllers of VAT and Income Tax  ever look into this matter? WHY? Can you suggest why no investigation?
This administration claims to have some 300 plus million dollars of capital projects from China. Since, most of the workers are from China and they do not pay PAYE and Social Security Government revenue and economics activity that one would expect from these massive projects are not being realized. The cost to Dominica is in the millions. We do not see the Ministry of Finance bothered about this loss of revenue. Why??
We all should pay our taxes but no one should be exempt and most of all no project being undertaken by our government should give priority to foreign nationals over Dominicans.
Maybe the PM or his ministers and the revenue collection department in The Ministry of Finance should address these loss of revenue to clear the air on these matters
MY Thoughts

Doctors Weigh In On The Spread Of Coronavirus | Morning Joe | MSNBC

Inside reporter’s rush to escape Wuhan before virus lockdown

Be the first to comment on "Re: A People in arrears." 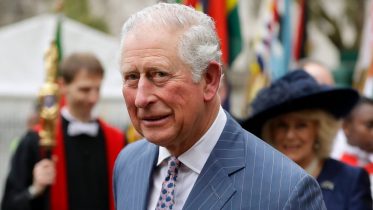 There Can Be Only One Number One | All In | MSNBC

Ontario rolls out stage one of reopening plan on Tuesday