Kingston, Jamaica. June 20, 2013 – About 80 shelter managers and disaster responders in Kingston and Portmore have been trained to deal with persons with disabilities, in the face of dire climate predictions such as stronger hurricanes and increased flood risk.

“We are now in the 2013 hurricane season and based on the forecast, it will be a very active one. There are 18 main storms predicted, four of which are hurricanes above category three,” said Phillipa Ricketts-Edmunds, the Portmore Municipal Council and the Office of Disaster Preparedness and Emergency Management (ODPEM) representative at the most recent workshop, held to train the disaster responders.

The workshop was held at the Portmore Heart Academy in St Catherine on Wednesday (June 19, 2013). At that workshop, 52 shelter managers and disaster responders were trained. Twenty-eight others were trained in a previous workshop, held in Kingston in May.

According to Ricketts-Edmunds, the training and intervention was critical and timely especially bearing in mind ODPEM’s theme — ‘Planning for disasters in advance: Give yourself a chance’.

The two workshops for a part of a larger project being implemented by Panos Caribbean, ODPEM and the Combined Disabilities Association (CDA) to increase the disaster response mechanism for Persons with Disabilities in Portmore, St Catherine and Jamaica via a pilot early warning system.

The project — which to date has also overseen the retrofitting of Naggo Head Primary School to make it into a shelter well suited to the disabled in the event of a disaster — is funded by the Canada Caribbean Disaster Risk Management Fund (CCDRMF) to the tune of Canadian $75,000. CCDRMF is funded by the Canadian International Development Agency.

In total, it will work with more than 200 persons with disabilities and disaster response workers to better cater to the needs of the disabled during disasters, such as hurricanes and floods.

“What we are trying to do is to ensure that persons who are disabled can respond during times of disaster. We are also trying to ensure more formal planning on the part of persons who are shelter managers,” said Indi Mclymont-Lafayette, the Jamaica country co-ordinator for Panos Caribbean, in her introductory remarks at Wednesday’s workshop.

McLymont-Lafayette noted that weather events were becoming more intense and that under conditions predicted for climate change, Portmore was especially vulnerable.

“As agencies, we continue to try to improve the community response to disaster, but we tend to overlook the disabled during response and relief operations. Persons with disabilities are at increased risk. It is, therefore, important that we include them in the planning process,” she stated.

The CIDA-funded project is focusing on the vulnerable areas of Waterford, Gregory Park and Bridgeport, with training being guided by the tsunami and evacuation plans ODPEM has for Portmore.

The CDA reports at least 5,000 persons with disabilities live in the three target communities in the municipality.

CDA Executive Director Gloria Goffe, accompanied by members of her organisation, introduced the shelter managers to different kinds of disabilities and the unique needs of the population affected by deafness, blindness, as well as physical and intellectual disabilities.

The group also engaged in role play, illustrating various approaches to responding to the needs of the disabled during times of disaster.

Kimberley Stevenson, a researcher with the Climate Studies Group Mona at the University of the West Indies, noted that the disabled were likely to be at a disadvantage in terms of access to water, adequate nutrition and health care.

“There might be reduced access to water, food shortages and malnutrition. We also have to remember that many disasters create more persons with disabilities so we need to include these issues more in our long-term planning,” she noted.

Be the first to comment on "shelter managers trained to assist the disabled as hurricane season starts." 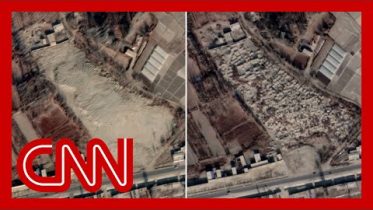 More than 100 Uyghur gravesites and tombs in China appear to have been destroyed. CNN's Matt Rivers reports. #CNN #News