(The following is an extract from An Unassuming Love (BlackMemory, A Traveloguer And Cricket) by Steinberg Henry, June 2011)

… first test at Galle in Sri Lanka (is) drawn with my island’s Shane Shillingford taking 4/123 in the first innings and attracting cricket drama spotlights when suddenly the ICC noticed a strange action in his bowling.

In our cocoyea-swept yards we would accuse a bowler of stoning when he did not swing the hand right through. Stoning. Hmmm. Shane was not stoning. The ICC spoke of an illegal bowling action … Ossie Lewis in his usual Friday night conversation on sports with Dominica Broadcasting’s Ted Dailey, thought that from then forward, given an ICC call for rehabilitation, Shane’s only problem would be the psychological – the fact that all eyes would be on him for about three weeks; the stresses involved in lab tests, bowling tests and, the ever-present radio, television and Internet reporting on the slightest comment regarding his delivery angled and hoaned in an unknown yard-time, space and place.

I am convinced that Shane Shillingford must be the critical wicket-taker, reincarnated and dangerous.

Speaking before the second test, the experienced Sri Lankan Sangakkara told WICB News, “Shillingford is an interesting bowler — the lines he bowls and the little bit of variation that he has in pace. He is a bowler who can probably change direction at the very last minute the way he bowls ….”

When did ICC officials first observe Shane’s yardy actions? Was it in Trinidad, at Kensington, at Warner Park? When did the trace begin? Did it suddenly – the above-normal angle which produced 4/123 – appear as if elicited, as novel Third Millennium thrust of spirit in arm, yet inconsistent with ICC rules of engagement?

Hold here. This is unassuming. Like C L R James, it can barely stick to the pitch’s parameters, but I’ll try in the context of communal resurrection.

Shane Shillingford bowls in Sri Lanka and after that first test, an outside-the-boundary action was mystically pressed into his hand and had to be intercepted and remedied as if bearing traces of disease and thus imbalance.

This text hands you a bouquet Shane, compliments my favourite island florist.

On Tuesday December 21, 2010, a story begins to make its rounds – the West Indies off-spinner Shane Shillingford has been “banned” some say, while others use “suspended.” Dublanc stopped not in response to the linguistic inexactitude, but both words said something was not right and their son had met some difficulty overseas. The cedar drums vibrated like Sammy’s cell-phone.

If he was suspended, they would take him back, but if he was banned he would not be allowed to return to the team, the old man mused. Suspend. Ban. Which one was it and why were the headlines using both when they’re different? Could a suspension lead to a ban if the action leading to the suspension was not remedied, if there was no rehabilitation as if a disability was spotted by the acclaimed discoverers of cricket?

When I heard the breaking news on Dominica’s Q95’s Hot Seat with matt Peltier Jr., I flowed intuitively and moved to the Caribbean Media Corporation (CMC) on line to see whether the Shillingford story was in. It was after 8:00 am. Just above the ‘just in in sports’ section was a story highlighting a dual-citizenship matter in which Dominica’s Prime Minister was embroiled. That was the Dominican significant event for CMC, not Shane Shillingford.

The sports story on that page, at that time, originated apparently from St. John’s, Antigua and was headlined, ‘Sarwan Returns In Thirty-Man World Cup Squad’. Sarwan. I googled both the Jamaica Gleaner and the Jamaica Observer and the story had not appeared, though there were references in both to the matter that had drawn the early comment of Reginald St. Havis Shillingford and later Ossie Lewis in his conversation with Dominica Broadcasting’s Ted Dailey.

I searched to find the Trinidad Express in a November 21-22 report, stating that “if in an independent analysis, Shillingford is found to have bowled illegally, then he would be suspended from bowling in international cricket, until he undertakes remedial action and is reassessed.”

In part, Shane’s action was adjudged crude. I could not settle for remedy since it was not a pathology, neither was it deficient, but simply had to be managed on account of its super-abundant energy flow.

Illegal in this bowling context, could also mean not in keeping with a sort of graciousness, a cultured subtlety. Bounce, but do not throw.

Guyana would have something, I thought. Stabroek’s story was headlined ‘ICC bans Shillingford for illegal action’. Ban. To prohibit particularly by official decree. Sounded rather Romanesque, but was different from a suspension. The Stabroek story came from Reuters in Singapore – I mean by that time in the morning, www.windiescricket.com had not updated its site to accommodate the battle cry! Shane Shillingford had been “banned” from bowling in international cricket because of an illegal action “the sports governing body ruled today.” Is a rule a law in cricket? I gather. According to Stabroek, “the 27-year-old from Dominica, was reported by on-field umpires Steve Davis and Richard Kettleborough after the Galle test ….”

“A comprehensive analysis revealed that his ‘mean elbow extension’ was 17 degrees which is above the 15 degrees level of tolerance permitted under the relevant regulations,” the ICC stated. Levels of tolerance, rules, regulations and laws.

C L R James needs that we think beyond a boundary and its drawn battle lines, the rectangle that is the pitch, curvature of the hand attached to a human body subject to its history. It is a body that I believe can learn, adapt, adopt, incorporate in the true sense of grafting and internalizing and applying with awesome energy hailing now in Shane’s grip and fiery tweaked release.

Might’ve been the story and its busy journaling, its economy of style and space use; it did not care to mark explicit distinctions between rules, regulations, legalities, suspensions and bannings, independence and, possible conflict of interests.

Dominica News On Line (DNOL) went beyond Davis and Kettleborough, citing two other umpires who had come to the same conclusion after observing Shane’s actions. The DNOL story added names of TV Umpire Asad Rauf and fourth Umpire Tyron Wijewardena. The four were mentioned as coming from the Elite Panel of Umpires as Dominica’s Billy Doctrove. Methodologically, the assessment seemed tight, having used both advanced bowling-measurement technologies and observations of experienced officials. Dominica’s Billy Doctrove may tell us one day who made the first observation and drew it to the attention of another.

The story appearing finally on the West Indies Cricket Board site originated from Dubai, United Arab Emirates and interestingly, headquarters of the International Cricket Council. From those banks of the Arabian Peninsula, we found out too that like Hilary Beckles, Bruce Elliot was a Professor – he conducted his independent analysis at the School of Sports Science, Exercise and Health, University of Western Australia.

Australia’s Herald Sun carried its story on Wednesday November 22, 2010 under the title West Indies Off-Spinner Shane Shillingford Banned Over Action’. No illegal here. Daniel of Melbourne posted the single comment. It read, “pity for him that he’s not from the subcontinent. If he was, they’d just change the rule to allow him to keep chucking. As it stands, he’ll have to rework his action.”

— The above is an extract from Steinberg Henry’s book titled “An Unassuming Love: Blak Memory, A Traveloguer And Cricket/Chapter 32-33. It is available at Jolly’s Pharmacy and Choices Bookstore in Dominica; xlibris.com, amazon.com and steinbergh.com –.

Current Script (CS): Shane Shillingford was ‘in rehab’ — away from the West Indies team — for almost two years, this Kaleb Laurent incarnate. His rehabilitation took him to Australia’s cricket labs, this said Australia that he bamboozled. What a comeback!

Well, Friday April 27, 2012 was a mystic day. Not only were West Indians discussing an article by Sir Hilary beckles, an article titled “Cricket, Cash And Country” – their emotions were being ceaselessly unsettled. Academics and intellectuals must’ve felt that “disturbing diffusion” that Sir Beckles identified as process. Cricket is not linear, we’re discovering.

Sir Beckles’ article reached Dominica late; it was sent to a newspaper in Belize since April 17, 2012. And it did what the Director of Cricket Research intended it to do – upset the cricketing discourse; fish out the politics; draw out the cynics; provide a context for understanding the interplay between the West Indian nation and play. Interesting, isn’t it? While he provided the political, historic, and economic spaces for such a geometric dance, others need arise who would in true emancipatory tones and method, suggest the bio-psycho-social, hey, even the ecological energies of this skillful ballet. How perfect would
Dominica serve as case in this latter interweave! Dominicans do not fear losing. They celebrate!

As for Shane Shillingford, he took 6 wickets for 119 runs in the first  innings and 4 for 100 in the second. We all thought he would be the first to get out while batting with Sammy, but he ended with 31 not out! Honestly, I think one of Dominica’s broadcast houses should spend a Saturday in Dublanc uncovering a sort of sociology of Shane’s cricket. I mean, the boy from that western fishing village was made Goodwill Ambassador For Sports and granted a diplomatic passport by the government of Dominica. Indeed, he became the first West Indian to take 10 wickets in a test match since 1966. Ossi Lewis reminded us that lance Gibbs did it forty-six years ago. Shane, you’re lifting open Third Millennium gates! Bowl on Shane, bowl!

Boris Johnson on Brexit: My job is to bring this country together

Could Prime Minister Trudeau tap Mark Carney as the next finance minister?

Be the first to comment on "Recalling moments shane" 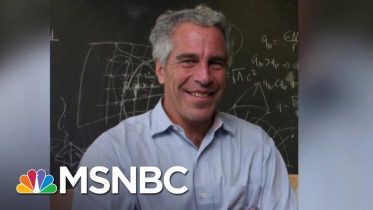 Jeffrey Epstein Dies By Suicide In His Jail Cell | MSNBC