WHEN PLACED IN A BOOK OF WHATEVER FORMAT (Self-indulgence And Subsequent Insight) When a brother meets me and asks “how is that cricket book doing,”…

(The following is an extract from Steinberg Henry’s upcoming novel “Calypso Drift: An Archive Of Sorts”

While Tarina Simon in song was calling on the Bishop of Roseau to declare his strength for resolution and bonding, he was present at another level. In my 2005 writings, I did not envision him in that role. I saw the churches, denominations, sects, meditators, Kalinagos, Muslims and Rastafarians/Dreads of the Order Of Nyahbinghi circled in prayer and meditation to protect a nation-state. Then I caught internetted extracts from a major environment conference. Waitukubuli Ecological Foundation and a group of conferees had gathered at the foot of The Holy Mountain – Morne Trois Pitons, that place I love. Ha-ha.

I keep referencing my book “An Unasuming Love: Black Memory, A Traveloguer And Cricket” because it contains material that needs reflecting on (for those who still care about reflection, who have the time). As we left August, I got the feeling that our Emancipation observances had slipped under the weight and propagation of storm and hurricane news. Just thought – in keeping with Emancipation Month — I’d let you know that slavery as experience, was still relevant at the United Nations as recently as March 2012. What follows however, is not drawn from a 2012 plenary, but based on a 2008 meeting of the United Nations.

Thoughts giving rise to chapter 7 in my 2011 publication titled “An Unassuming Love” must’ve heard and seen their cousins, sisters, brothers or friends crossing mind. Imagine thoughts smelling thoughts, tasting thoughts — just touching each other, asking about their root in emotions and patterns of emotion. Thoughts have histories — they reach back intuitively only to source a semblance of truth or a truth itself that stuns the thinker.

(The following is an extract from An Unassuming Love (BlackMemory, A Traveloguer And Cricket) by Steinberg Henry, June 2011)

… first test at Galle in Sri Lanka (is) drawn with my island’s Shane Shillingford taking 4/123 in the first innings and attracting cricket drama spotlights when suddenly the ICC noticed a strange action in his bowling.

In our cocoyea-swept yards we would accuse a bowler of stoning when he did not swing the hand right through. Stoning. Hmmm. Shane was not stoning. The ICC spoke of an illegal bowling action … Ossie Lewis in his usual Friday night conversation on sports with Dominica Broadcasting’s Ted Dailey, thought that from then forward, given an ICC call for rehabilitation, Shane’s only problem would be the psychological – the fact that all eyes would be on him for about three weeks; the stresses involved in lab tests, bowling tests and, the ever-present radio, television and Internet reporting on the slightest comment regarding his delivery angled and hoaned in an unknown yard-time, space and place.

have come into, upon this place learning, learning to be

brave, learning that I had set my hand to the plough

apparently along where Walcott hailed as the straits of

That would be what we would hear in 1975 when one young man observed the approach of police or military men. They might’ve been pulling on a joint as members or a member of the paramilitary unit appeared.

1 We are not known to be a people impacting universal change. Well, I rewrite this to the past: we ‘were not known’ to be…

When on Wednesday 9 October, 2011, news broke that a US-based human rights group was seeking compensation for Haitians who died from, and have been… 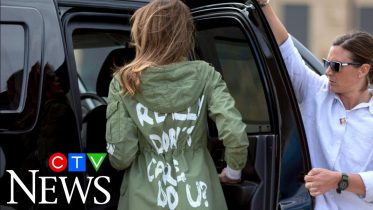