I keep referencing my book “An Unasuming Love: Black Memory, A Traveloguer And Cricket” because it contains material that needs reflecting on (for those who still care about reflection, who have the time). As we left August, I got the feeling that our Emancipation observances had slipped under the weight and propagation of storm and hurricane news. Just thought – in keeping with Emancipation Month — I’d let you know that slavery as experience, was still relevant at the United Nations as recently as March 2012. What follows however, is not drawn from a 2012 plenary, but based on a 2008 meeting of the United Nations. It’s 20 October 2008, date of the Sixty-third General Assembly, and Twenty-Ninth Meeting (AM), United Nations Plenary. The general assembly has adopted Consensus Resolution paving the way for a Permanent Memorial costing some three to four million dollars, to be erected at United Nations headquarters, Acknowledging Victims of Slavery and the Transatlantic Slave-Trade. From then—well as early as 2006-07—fragments had begun to cohere. Like cricket, a memorial is about to represent us all and stir us to thought and action in this twenty-first century. It’s only a memorial, symbolic yes, and its wholesome intention, message moves us in this cricketing storm years later, to dig in, draw out practiced steps, intuitive strings of decisions in the heat of battle, attune ears to sutras of the very Earth panging, eyes blazing to victory’s lightning, flashing. “In an effort to expose the roots of modern-day racial prejudice and to acknowledge the lingering consequences of the centuries-long enslavement of and trade in Africans supplied to the colonies of the Americas and beyond, the General Assembly today welcomed the initiative of the world body’s Caribbean Member States . . .”

They jump out at me. Expose the roots; acknowledge the lingering consequences; supplied to the Americas and beyond. This is historic, just reading a United Nations Resolution adopted by Consensus in 2008 acknowledging that the effects of Slavery and the four hundred-year Slave Trade linger, showing up in this Millennium “ . . . in the form of racial intolerance, damaged economies and human trafficking.”
At that said meeting on 20 October 2008, the General Assembly heard hurting global voices. Jamaica, Cuba, Ghana, Russian Federation, Bahamas, India, and Cape Verde all spoke on the Transatlantic Slave Trade. The Moroccan representative asked the international community to “examine the intellectual
legitimization of slavery and its ideological base.”
General Assembly President Miguel D’Escota was reported as saying that “many Africans had been generous enough to forgive, but none of us should ever forget. Slavery had devastated a continent and poisoned the roots of new and old societies. Everyone continued to suffer, some more than others.”
The Caribbean Community representative, George Talbot, told the assembly a “permanent memorial would acknowledge one of the most horrific tragedies of modern history, which was often forgotten.” He went on to reiterate a request in Assembly Resolution 61/19, “for Member States that had not already done so to develop relevant educational programmes, including, among others, school curricula designed to educate and inculcate future generations with an understanding of the lessons, history and consequence of slavery and the slave trade.”
The United States representative identified human trafficking as the modern form of slavery. According to the UN Department of Public Information Press Release in its summary of the U.S. representative’s view, “Human trafficking was a borderless crime and about 800,000 persons were trafficked globally. Millions were traded within their own countries and the crime occurred in virtually every country in the world, including the United States.”
Speaking on behalf of the African Group, the Kenyan representative, Zachary D. Muburi Muita, said that “ . . . with the Assembly’s discussion, humanity was turning a page of the painful past.” He contended that “useful lessons were discernable, and the unsung heroes were the slaves themselves and
the abolitionists.’”
Noting that it had taken the international community almost two hundred years to acknowledge slavery and the slave trade as crimes against humanity, Jamaica’s representative, Raymond Wolfe, “ . . . recalled the 500-year legacy of the Caribbean as a witness to the vessels transporting hundreds of thousands of Africans that had been enslaved and, upon their arrival in the Americas, been forced into labor.” As a descendant of that trade, he reminded the assembly that “ . . . the effects were still being felt.” For him therefore, it was a “solemn obligation.” It was because he needed to remember and honor his ancestors. According to the UN Department of Public Information Press Release of March 25, 2008, Wolfe added that he needed to “ . . . make certain that their suffering would never be forgotten,” Black Memory.

?    “An Unassuming Love: Black Memory, A Traveloguer And Cricket” is available as an e-book at xlibris.com; and a Nook Book at Barnes and Noble. A Kindle Edition of “As She Returns” (2009) can be bought at amazon.com. If you’re in Atlanta, check me –. 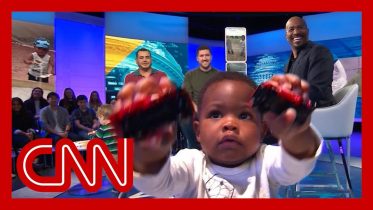 Michael D. Cisneros posted a Facebook video that went viral showing his son Maxwell and 2-year-old friend Finnegan running to give each other a…

Matthews: Why Haven’t Our Leaders Been Honest About Afghanistan? | Hardball | MSNBC