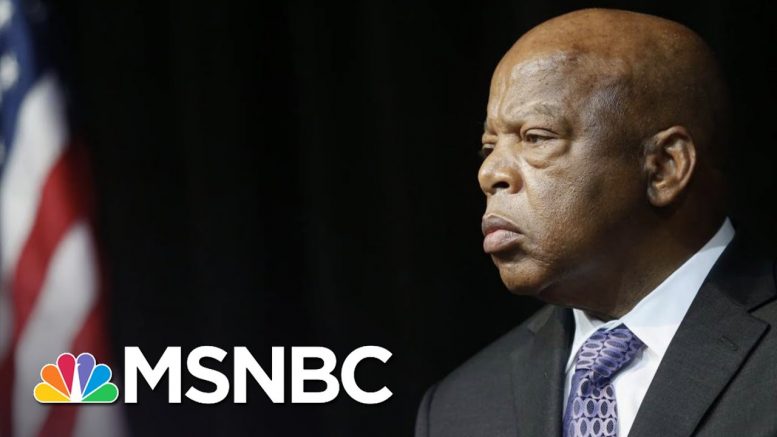 Revered Civil Rights activist Rep. John Lewis shared a message of hope for those protesting across the nation in the wake of George Floyd's fatal arrest. Alvin Tillery and John Della Volpe join to discuss. Aired on 6/5/2020.
» Subscribe to MSNBC:

Rep. John Lewis: We Cannot Give Up Our Fight For Racial Equality | The 11th Hour | MSNBC

Chris Hayes Podcast With Jason Kander | Why Is This Happening? – Ep 74 | MSNBC

Maddow: Biden Doesn’t Need The Next Debate. Should He Even Bother? | Rachel Maddow | MSNBC

56 Comments on "Rep. John Lewis: We Cannot Give Up Our Fight For Racial Equality | The 11th Hour | MSNBC"

SpaceX rocket lifts off from U.S. in history-making flight

NYC comptroller: Trump has my mom’s blood on his hands