Rev. Al Sharpton: ‘There Is No Penalty For Bad Policing In This Country’ | Deadline | MSNBC

President of the National Action Network Reverend Al Sharpton and Princeton University Professor Eddie Glaude call for reforms in policing as the nation reckons with the death of another Black man shot by police, and point out the pattern of law enforcement viewing black communities as ‘threats’. Aired on 04/13/2021.
» Subscribe to MSNBC:

Rev. Al Sharpton: ‘There Is No Penalty For Bad Policing In This Country’ | Deadline | MSNBC

48 Comments on "Rev. Al Sharpton: ‘There Is No Penalty For Bad Policing In This Country’ | Deadline | MSNBC" 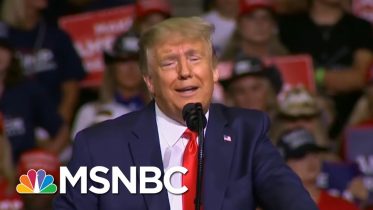 President Trump’s Tulsa rally was supposed to be a triumphant restart of the campaign, but low attendance reportedly left Trump angry and disappointed. What…

Moderna: Covid-19 Vaccine Could Be Around 95% Effective | MTP Daily | MSNBC