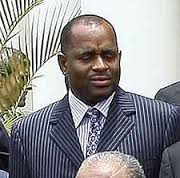 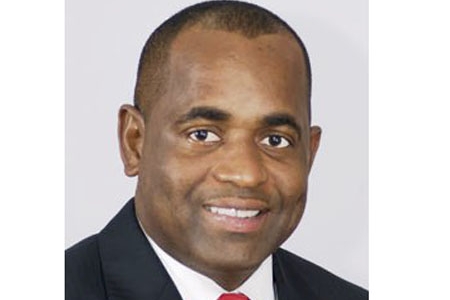 Roosevelt Skerrit, Prime Minister of the Caribbean island state of Dominica, is currently touring East Asia in a quest to raise funds for rebuilding and reconstructing the island’s infrastructure after tropical storm Erika hit in August this year. Apart from two charity diners in Bangkok and Hanoi, Skerrit is also seeking to promote his government’s “Citizenship by Investment” programme at the “Hong Kong Investment Immigration Summit” today.

The programme, which grants individuals a Dominican passport in exchange for funding government development initiatives or buying real estate on the island, has been – although sometimes controversially debated – in place since 1993 and targets mainly high-net worth individuals from countries whose passports are subject to stricter visa requirements (including the Middle East) to obtain Dominican residence status and travel visa-free to more than 100 countries worldwide, including the UK.

As former chairman of the Caribbean Community (CARICOM) and the Organisation of Eastern Caribbean States (OECS), he also looks at promoting Dominica and the wider region for other investments.

Gulf Times: How are the recovery and reconstruction efforts going in Dominica after this year’s tropical storm?
Roosevelt Skerrit: When tropical storm Erika hit on August 27, 2015, the results were more than 30 fatalities, 1,032 destroyed or badly damaged houses and a total damage of $484mn. But reconstruction is making considerable progress. We have already rebuilt 574 homes and we are grateful for international donors and aid supply. In total, 49 countries supported us, as well as non-governmental and charity organisations and Corps. So far, we spent $10mn in emergency funds for reconstruction. However, to cover the entire damage of $484mn, it is still a long way to go.

What is the background of the “Citizenship by Investment” programme and are the effects on Dominica’s economy?
The programme is designed to grant investors a second citizenship and a Dominican passport in exchange for foreign investment. This can be done either by investing directly into a government development initiative or by purchasing property on the island, be it a holiday home or a fractional ownership of a hotel or resort development. There are different title deeds offered for such investments. The government is setting annual budget targets for it. This year, we have planned $30mn from less than 200 citizenships granted.

How does Dominica rule out granting citizenship to people who – for a variety of reasons – might not be qualified for it?
Our screening of applicants is very transparent. We are undertaking a robust due diligence in any single case, as well as do comprehensive background checks. If, for example, someone is on a sanctions list, then I’d say it would be difficult to receive a Dominican passport.

Where is Dominica on its roadmap to becoming a major offshore financial centre?

We have started to develop Dominica’s financial service industry as part of a diversification of our economy, based on robust legislation. There might be a misconception towards offshore financial centres of being tax havens, but it’s a highly regulated industry. In fact, we have been advised by the World Bank to develop the sector in order to diversify the economy. We are now focusing on international business corporations and other offshore companies and offshore banks. As long as these services exist, international corporations and wealthy people will go for it.

Address to the Nation – PM Skerrit

Be the first to comment on "Roosevelt Skerrit,Dominica PM offers citizenship for investment on rare Asia trip" 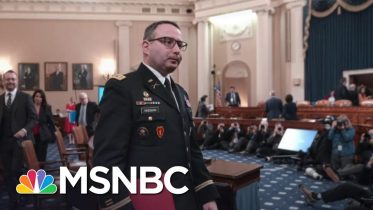 Lt. Col. Alexander Vindman, a witness in the impeachment proceedings against President Trump, has announced that he will be retiring from the U.S. Army….

Flashback: Kushner Predicted U.S. Would Be ‘Rocking’ By July | The 11th Hour | MSNBC